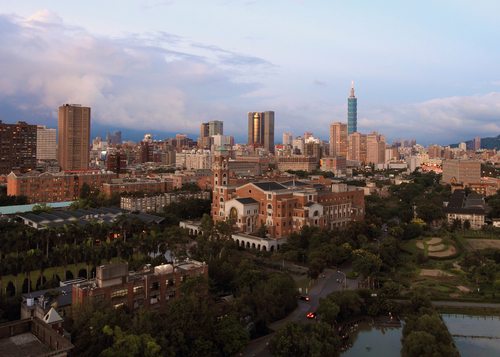 For a few weeks hundreds of students from 37 universities with the Youth Alliance Against the Media Monster have been demonstrating against a potential merger, now awaiting approval, between Want Want China Times Group and Next Media Group. Protesters fear that the deal will result in a monopoly that will give China too much influence over the media in Taiwan.

An e-mail dated November 29 and signed by the Ministry of Education’s Student Affairs Committee director, Yang Chih-chung, recommended that universities, “get to know and express concern for the health of students” who are demonstrating against the Next Media deal, “as it has been rainy and cold for several days in Taipei.” The missive, which also included a list of students identified as protesters, has been denounced by teachers and students alike as an effort to intimidate students who have taken part in the weeks-long student demonstration.

Nearly 3,000 Facebook users have joined a public event titled, “Today I am feeling healthy. Thanks for your concern, minister!” Participants are asked to flood the Ministry of Education’s e-mail inboxes with daily updates on their health.

For his part, Wei-ling blames staff for misstating his intentions – he had asked staff to send the e-mails, but only with the intention of expressing good wishes to students who are demonstrating overnight in Taipei’s cold weather.

Others, however, say it is reminiscent of the Kuomintang-instigated “White Terror” era in Taiwan.

Cheng Li-chiun, a legislator with the Democratic Progressive Party (DPP) remembers: “When I took part in the student demonstration 20 years ago, my school expressed its ‘concern’ to me. It is hard to believe that the Ministry of Education is doing the same thing after so many years.” –Ruth McCambridge