Students Drawn to Social Impact Work; Can They Afford It? 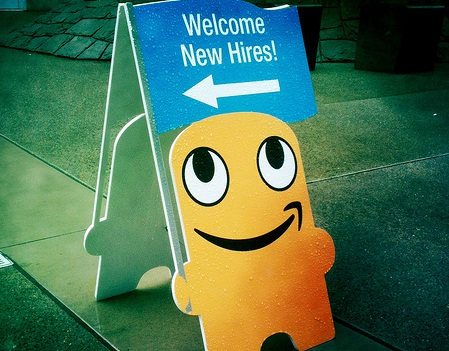 An ongoing debate in the nonprofit sector, at least in the U.S., is whether nonprofit employees, particularly CEOs, should be paid more like their counterparts in the for-profit business sector. Most nonprofits cannot possibly generate the revenues to support big salaries, but for those that pay hefty six-figure CEO salaries or, in the cases of hospitals and universities, even seven-figure compensation packages, there are defenders in the nonprofit sector who suggest that the salaries are justifiable. The work of being a nonprofit CEO is no less complex and demanding than that of a corporate CEO in many cases, and in any case, how are nonprofits going to attract top talent unless they start paying much better salaries?

The Economist, however, reports that a survey by Net Impact, which describes itself as a network of “30,000 changemakers,” concludes that “more than 70% of college students and 50% of workers are looking for jobs with social impact…[and] Nearly 60% of students are even willing to take [a] pay cut in order to work for a company that represents their values.”

In looking at the report, “What Workers Want,” we don’t see it as being quite that clear cut. The report says that 58 percent of the surveyed students would take a 15 percent pay cut to “work for an organization whose values are like my own.” That’s a nice thought, but these are students. They typically aren’t earning full-time incomes and it’s likely that few are supporting families or making mortgage payments.

Maybe that big salary issue is “a guy thing.” When asked about what sector they would like to work in next, 50 percent of women but only 26 percent of men said they would hope for a position with a nonprofit. Also, “Sixty percent of employed women say that working for a company that prioritizes social and environmental responsibility is very important to them, compared to 38% of men…[and] Thirty percent of working women say they would take a pay cut for a job that makes an impact, compared to 19% of men.”

The Economist notes two problems with fulfilling the wish of people willing to take pay cuts to work in the social sector. First, there aren’t “enough well-established social enterprises to meet the demand for jobs.” Second, many students leave school carrying large burdens of debt due to school loans so they cannot afford to take lower paid jobs even if they wanted to make the social impact sacrifice.

The compensation or income challenge for working in the nonprofit sector is not whether some nonprofits pay their CEOs unnecessarily bloated salaries (which they do), but whether there is a public policy solution to the crushing problem of student debt that will inexorably force talented young people away from the nonprofit sector and into the better salaried business world despite their social aspirations.—Rick Cohen