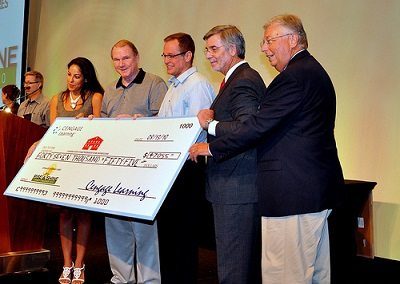 In a study covered recently by The Conversation, employees were found to be more motivated to perform better when employers made philanthropic donations on the workers’ behalf to the nonprofit organizations of the workers’ choice. The study recruited 300 university students and offered compensation of a fixed wage and a bonus based on the amount of output produced. A subset of the students was included in a form of corporate philanthropy; donations varied among the employees from a fixed amount, a dollar amount related to worker performance, and an option to split their performance bonus with a charity. The results found that regardless of whether the donation was fixed or linked to productivity, job performance among workers included in the corporate philanthropy increased by an average of 13 percent. When donations were optional, over half of the workers opted to give a portion of their own compensation, adding to the conclusion that charitable donations in compensation packages are an effective means of increasing job performance.

The results are in line with other such studies and surveys relating social responsibility to employee productivity and corporate commitment. A 2013 report entitled “Snapshot: Trends and Strategies to Engage Employees in Greater Giving” found that employees are coming to expect time off to volunteer, donation matches, and corporate giving policies from their employers. Leading U.S. companies seem to be fulfilling this requirement as a means to attract more productive and dedicated employees. According to the article in The Conversation:

“Data from a survey of 261 leading US companies, including 62 of the largest 100 companies in the Fortune 500 list, reveals they contributed more than $25 billion in total giving in 2013, equivalent to around 1 percent of pre-tax profits, or more than $600 per employee. With that kind of commitment they’d better hope there is an effect on their employees.”

This correlation between corporate giving and employee productivity can be expected to continue, especially as millennials become an increasing percentage of the work force. As covered by NPQ contributor Erin Lamb last year, millennials view an organization’s charitable giving and social responsibility as an important factor to consider when choosing an employer and believe that their decisions and altruistic efforts are meaningful to both local and global charities and movements. The 2014 Millennial Impact Report highlights the philanthropic goals of millennial workers and their increased desire to be a part of greater social change rather than giving to reduce tax obligations. Corporate giving policies that include employees and maximize impact certainly highlight these generational goals.—Michele Bittner