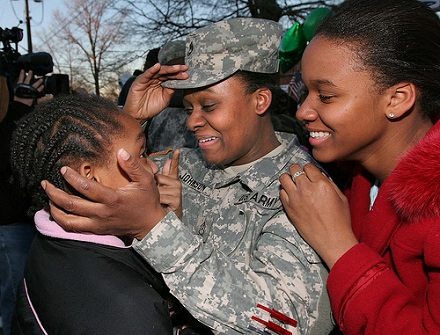 A new study released by the Robert Wood Johnson Foundation deserves a lot more attention than it got in the lead-up to Memorial Day weekend. According to the Foundation, if the Affordable Care Act (sometimes referred to as “Obamacare”) is eventually implemented, some 630,000 uninsured veterans would qualify for the health care reform policy’s expanded Medicaid program and another 520,000 uninsured veterans could get subsidized health insurance coverage via the “insurance exchanges” the Act will create.

The story may not be who will benefit from the ACA, but rather that out of 12,456,000 non-elderly veterans, there are 1,314,000 million uninsured veterans, plus another 883,000 whose coverage, so to speak, is that they get treated in the VA system, and another 948,000 adults and children in veterans’ families who lack insurance coverage. For all the paeans this past weekend to the soldiers who defend this country’s freedom, the fact that one out of ten non-elderly veterans doesn’t have health insurance and doesn’t use the VA health system is distressing and embarrassing.

Which state has the lowest rate of uninsured veterans? Hold onto your campaign slogans, Mitt Romney, but it is Massachusetts, the state in which then-Gov. Romney created a governmental health insurance program that is purportedly the model for President Obama’s Affordable Care Act program. The uninsured veterans rate in Massachusetts is 4.3 percent, followed by Hawaii at 5.1 percent and Vermont at 5.3 percent, compared to a national rate of almost 11 percent (among the states with the worst rates of uninsured veterans, Louisiana, Oregon, and Idaho all top 14 percent, and Montana comes in at a woeful 17.3 percent).

This past weekend, the streets of Washington, D.C. were occupied by participants in the Rolling Thunder demonstration, the annual Memorial Day gathering of veterans (and non-veterans) on motorcycles focused on calling the nation’s attention to the POW/MIA issue—that is, remembering prisoners of war and trying to achieve closure on people listed as missing in action.  The Robert Wood Johnson Foundation report would suggest that, in the U.S., there is an abundance of veterans and their families who are being treated as if MIA when it comes to health insurance as well.—Rick Cohen