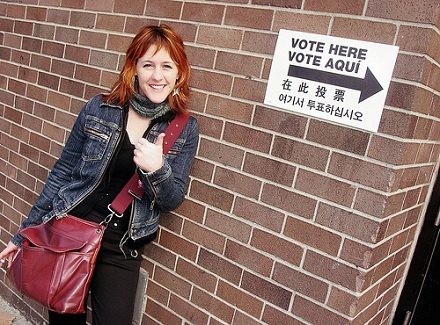 Given the nonprofit sector’s core functions in America’s small “d” democracy and the explicit dedication of many nonprofits to civic engagement, this report from the Institute of Politics at Harvard University is disturbing. The Institute’s new poll suggests that young people are skeptical about the political process. According to the Chronicle of Higher Education’s Libby Sander, “Four years ago, 43 percent of voters in [the 18 to 24] age group said they were politically active; now only 22 percent do.” Similarly, in 2008, 66 percent of the voters in that age group said that they were “definitely likely” to vote in the presidential election compared to only 48 percent in this election.

“I think we’re headed for a pretty significant step back in participation and turnout,” John Della Volpe, the Institute’s director of polling, observed. He also noted that this age cohort’s views, especially for those who are 18 or 19 years old, are more conservative than voters only a few years older. It may be, he said, that the voters of 2008 had their political opinions formed by foreign policy decisions made earlier in the decade—for example, the war in Iraq. The new young people have a different frame, shaped by four years of recession and high unemployment, plus a political dynamic in which Washington has shown itself virtually unable to act.

Della Volpe’s analysis may be accurate, but there’s a nonprofit story here. Nonprofits engaged in voter registration and get-out-the-vote initiatives have been targeting these Millenials with education campaigns aiming to get young people interested in the question of who will lead this nation for the next four years and why they should care. Do the Institute’s polling results suggest that there may be a problem with voter education efforts? Are these efforts not reaching young voters? Or does the interest and commitment of young people in this election that your nonprofit has seen suggest that the Institute may be way off the mark in its assessments? –Rick Cohen