ColorofChange.org and Advocacy: The ALEC Campaign 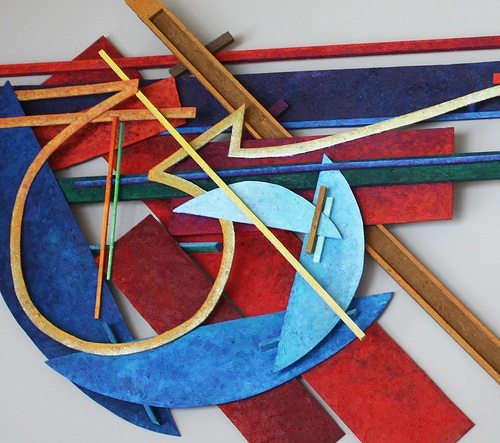 A couple of months ago, few people outside of activist and government policy circles had heard of the American Legislative Exchange Council (ALEC), a pro-business membership association comprised of corporations and conservative lawmakers. Despite its historically low profile, ALEC has recently drawn a great deal of public scrutiny for promoting gun rights policies like the “Stand Your Ground” law at the center of the Trayvon Martin shooting case in Florida. A good deal of the credit for increasing the pressure on corporations to leave ALEC can be attributed to groups like The Center for Media Democracy, Common Cause, and other progressive organizations.

ColorOfChange.org, which describes itself as the nation’s largest African American online political organization, has played a critical role in mobilizing its members to take online and offline action to convince corporations to quit ALEC. ColorOfChange.org began pressuring the group’s corporate partners late last year over ALEC’s support of more restrictive voter ID laws. But the boycott really gained steam after the Trayvon Martin case. Since then, more than a dozen ALEC corporate members, including McDonald’s, Coca-Cola, Intuit, and Kraft Foods, have left the group.

Heads-down in the middle of the ALEC campaign, we caught up with ColorOfChange.org Director of Strategy Gabriel Rey-Goodlatte, who shared his insights on online community organizing, corporate public accountability, and the factors that have contributed to the ALEC campaign’s success.

Gabriel Rey-Goodlatte: “ColorofChange.org first became concerned about ALEC when we learned about their role in pushing discriminatory voter ID laws in states across the country. Fighting against voter suppression has been a priority for our members for a long time. When we learned that major corporations were bankrolling an organization that pushed laws to suppress the votes of African Americans, Latinos, students, the elderly and the poor, we knew our members would want to hold those corporations accountable. ALEC is also involved in pushing a host of other policies that harm African American communities.

We knew that major corporations would not want their brands associated with ALEC’s activities, so we asked our members to sign a petition calling on corporations to leave ALEC, and began reaching out to these companies directly to convey our concerns and make sure they understood what they were supporting through ALEC.”

NPQ: How would you characterize the campaign thus far?

GR-G: “So far, the campaign has been very successful, but we still have a lot of work to do to hold ALEC’s corporate sponsors accountable. ColorOfChange.org members have been very engaged in this campaign—nearly 100,000 have signed the petition to ALEC corporations, thousands have made phone calls, and we’ve received hundreds of online donations to help fund the campaign. We’ve successfully pushed 13 major corporations—major household names like Pepsi, Coca-Cola, McDonald’s, and Procter & Gamble—away from ALEC, and we’re continuing to push on all of ALEC’s corporate sponsors to leave. The campaign is receiving a huge amount of media coverage—it’s helped us hold ALEC’s sponsors accountable, educate the public about voter suppression, and raise awareness about the impact of corporate money in politics.”

NPQ: What elements contributed to the campaign’s success?

GR-G: “When we first began the campaign, we didn’t name any of ALEC’s corporate sponsors publicly. Instead, we began reaching out to them in private to convey the concerns of our members and make sure they understand what they have been funding. Corporations appreciate being approached in this way, as it gives them a reasonable chance to reconsider their relationship with ALEC and disassociate themselves from the group. At the same time, we have been very clear that we will hold corporations that refuse to leave ALEC publicly accountable.

Many of the companies funding ALEC make a significant amount of money from African American consumers, and some have a lot of black employees. Our message to these companies was that they could not take black folks’ money with one hand and take away their vote with the other. We made sure that companies understand that this is a civil rights issue and moral issue—that there are not two sides to the right to vote.

In the wake of the Trayvon Martin tragedy, it became clear that ALEC had also helped spread the ‘Stand Your Ground’ laws used justify Trayvon Martin’s killing. The groundswell of attention and activism around that case helped shine a spotlight on ALEC.”

NPQ: When you initiate a campaign, do you have a sense in advance whether or not it will be successful?

GR-G: “We never know for sure how things will play out, but if we launch a campaign, it’s always because we believe there’s a good strategy that has a reasonable chance of success. We are very selective about what we ask our members to do, and only ask them to add their voice where we have a clear theory of how it will make a difference.”

NPQ: What are the key lessons that nonprofit advocacy organizations can glean from this campaign?

GR-G: “Reaching out directly to corporations or others you are trying to hold accountable can be more productive than you might think. Combining direct dialogue with public accountability can be very powerful. The relationship between ALEC and corporations really only functions well when it is kept in the dark. The act of exposing such relationships can completely alter them.

Because of this campaign and others, corporations are increasingly sensitive to the way they can be held accountable for their associations. Companies may be taking a second look at many of their relationships, and this presents a huge opportunity to challenge corporate involvement in politics and policy across many issue areas.”