From Enterprise Risk Management to Shared Leadership: A Different Look at Succession Planning 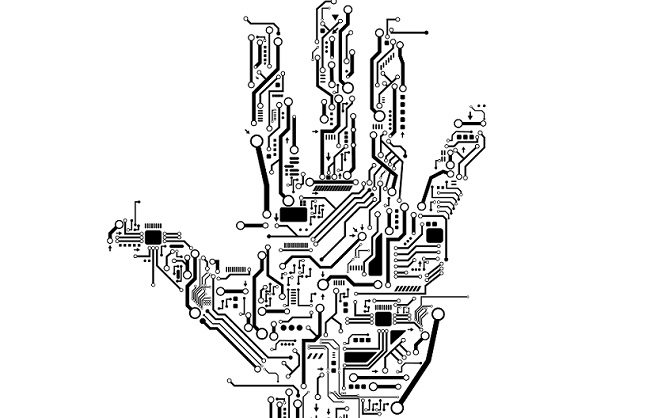 On June 6th, 2015, we asked readers to write their own observations drawn from a recent study on nonprofit leadership. This is one of the smart pieces we were offered in response.—Ruth McCambridge, Editor in Chief, NPQ

The robust sustainability lens offered by “Leadership New England: Essential Shifts for a Thriving Nonprofit Sector,” a new Third Sector New England (TSNE) report, makes a compelling case for future-thinking leadership and calls for an end to the more static notion of succession planning as a “plan.” With sustainability as the focus, nonprofit staff and boards can and should consider a whole range of circumstances related to transitions of leadership that create risks to the mission.

Consider such events as the sudden departure of the executive director on an unplanned medical leave, or the departure of a key staff member—perhaps the only staff member who knows how to send out the nonprofit’s newsletter. There are also risks when board leaders transition: the dynamics of board meetings change; the all-important relationship between CEO and board chair changes; and in cases of unplanned resignations before the end of a board member’s term, distractions can derail the board’s focus as the board is required to either fill a vacancy or reshuffle officer or other leadership positions on the board. Any of these events can weaken an organization, making it even more vulnerable to resource strains. It’s harder to attract new talent and more difficult to adapt to the changing circumstances happening all around.

Looking at leadership transitions from an enterprise risk management perspective may offer board members a less threatening and perhaps even more familiar and potentially engaging way to think about succession planning.

Here’s one example: Cross-training is a smart enterprise risk management strategy. If executive directors make a commitment to cross-train current staff, this can serve as a hedge against sudden and unplanned unavailability of key staff members and also as a professional development tool to grow the leadership “bench” and prepare younger workers for future leadership roles. However, cross-training is not for staff members alone. Board members can benefit from cross-training too, especially when it comes to serving as a corporate officer, a role some board members may not be familiar with, and especially preparing to serve as the chair of the board. Board members may appreciate the importance of being proactive about leadership transitions for the organization as a whole if the concept is introduced as relevant to their own personal role on the board first, and then positioned as a prudent idea for the organization “as a risk management strategy to ensure the organization’s sustainability.” This approach depersonalizes leadership transition planning in a way that could make it easier for boards, and executive directors, to tackle.

Also, looking at succession planning through a sustainability lens, as the National Council of Nonprofits advises, should foster a greater appreciation of the importance of external relationships during transitions of leadership. The executive director may be the only person connected with the nonprofit who has a strong relationship with major donors or colleague organizations. In cases where the executive director—or a development director—leaves, important relationships may go with him/her. This is why overreliance on planning for only the CEO’s transition can get any organization in trouble, and why organizations can be vulnerable whenever a transition of leadership leaves a void where previously an external relationship was strong.

As NPQ points out, sustainability is not only about the presence or absence of one leader. However, often those who donate to a nonprofit are indeed very focused on the chief staff leader who in their mind personifies the mission. Consider this not uncommon scenario:

This is just one example of the vulnerability that a transition of leadership creates for an organization that does not have broad and deep connections to its stakeholders.

Relationships between staff and board aren’t the only ones with an impact on transitions of leadership; the relationships between the organization and its external stakeholders also have an effect. Whether those stakeholders are major donors or key collaborative partners, a transition of leadership creates uncertainty about the future. If relationships are not broad and deep, then when a key liaison departs, say “goodbye” to those relationships, too. (A similar relationship vacuum occurs for nonprofits that receive grants from private foundations whenever their program officer leaves. Grantmakers would do well to think about the threat to their grantees’ sustainability that their actions create when they don’t have “succession plans” in place for program officers or when the foundation “temporarily” puts grantmaking on hold during and immediately following their own leadership transitions.)

However, looked at through a sustainability lens as an enterprise risk management challenge, transitions throughout the organization, including among board members, can motivate board members to serve as relationship partners with the executive director. Ideally, board members will accompany the executive director or development director on cultivation visits to donors, and understand that sustainability is not only about finding the right visionary leader, or being an inclusive workplace, or offering rich professional development experiences, or even having an emergency succession plan—but also about broadening and deepening relationships between the nonprofit and its donors, its beneficiaries, and its collaborative partners, including government, where applicable. When all the sustainability eggs are in one basket, enterprise risk management alarm bells go off. In contrast, when the executive director shares leadership with board members and other staff, a more sustainable future lies ahead.

Jennifer Chandler, Esq., is Vice President and Director of Networks and Learning at the National Council of Nonprofits. She is the primary editor of Nonprofit Knowledge Matters, one of the Council of Nonprofits’ two e-newsletters, which recently featured an article on succession planning, “What’s Not Trending: Succession Plans.”

Jennifer Chandler, Esq., is Vice President and Director of Networks and Learning at the National Council of Nonprofits. She is the primary editor of Nonprofit Knowledge Matters, one of the Council of Nonprofits’ two e-newsletters, which recently featured an article on succession planning, “What’s Not Trending: Succession Plans.”