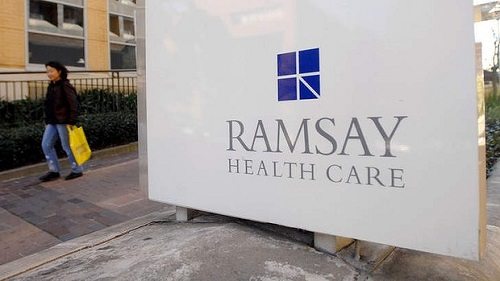 May 2, 2014; Sydney Morning Herald and The Guardian

Paul Ramsay, listed by Forbes as Australia’s ninth-richest individual, has left a fortune estimated at $A3.27 billion ($3 billion) to philanthropy. Ramsay, aged 78, suffered a heart attack last week whilst sailing in the Mediterranean and was flown back by air ambulance to die amongst family in his hometown of Bowral, NSW Australia.

Ramsay was the founder of and a 36.2-percent shareholder in a private medical facility chain, Ramsay Health Care. His philanthropic activities prior to this legacy had been little known to the Australian public. Causes that he had given to include the Prostate Cancer Foundation of Australia, the Catholic Church’s Parent Infant Family Australia, and his former high school, the Jesuit-led St. Ignatius College, Riverview, in Sydney. St. Ignatius is also the former high school of Australian Prime Minister Tony Abbott, and Paul Ramsay was also known to be a large donor to Mr. Abbott’s Liberal Party.

Another slightly less conventional donation was reportedly made to actor Kevin Spacey’s foundation in the UK, which trains, supports, and mentors emerging actors. Ramsay is reported to have paid $300,000 to the foundation in return for an hour-long game of tennis with Spacey and tickets to the closing Sydney performance of his Richard III production.

Louise Walsh, CEO of the national philanthropy organization Philanthropy Australia, said, “Paul Ramsay’s decision is an incredible act of generosity.” Ms. Walsh added that she hoped it would “inspire other local entrepreneurs to follow his example.”

Prime Minister Tony Abbott said, in tribute to Mr. Ramsay, “I’ve known Paul for 41 years. He has been a friend, at times a benefactor, and certainly in many ways an inspiration…. He built a remarkable business empire on the basis of fundamental decency. He will be much missed by me, and by a very wide circle of people who he helped and befriended.”

Mr. Ramsay had not married and had no dependents. His gifts are in the form of the shares he owns in Ramsay Health Care and should generate an income worth tens of millions annually. The trustees of the foundation include three directors of the health company.

Ramsay had associations with eponymous healthcare companies in the U.S. during the 1990s, from which he appears to had separated during the early 2000s.—John Godfrey