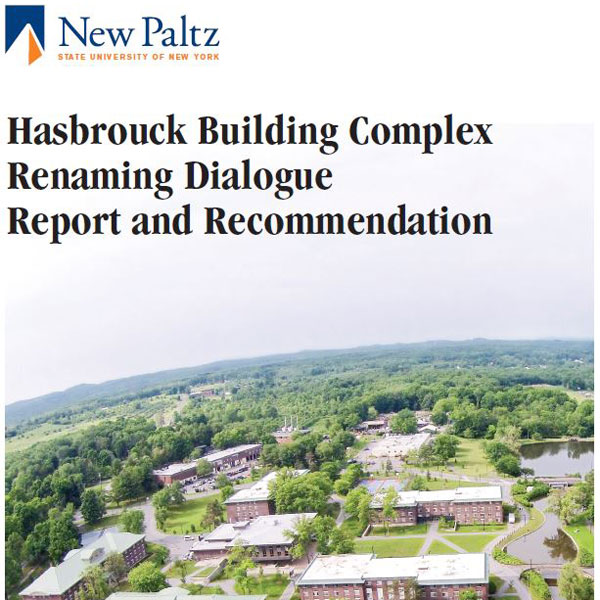 The State University of New York (SUNY) at New Paltz was founded in 1828, and in homage to the Huguenot (French Protestant) founders of the city, five dormitories and a dining hall were named after them. Each one owned slaves.

The renaming effort comes in the wake of widespread campus discussions, spurred by the white supremacist violence in Charlottesville, Virginia, in the summer of 2017. That fall, SUNY New Paltz president Donald P. Christian initiated a conversation that led to last month’s vote to change the names of the buildings.

Some appreciate the change, like SUNY’s board of trustees; H. Carl McCall, a former state senator and comptroller who was New York’s first black candidate to be elected to statewide office; and N’della Seque, a 21-year-old senior and the president of the student association.

However, some do oppose it. A descendant of one of the town’s founders, Robert Hasbrouck, stated, “It’s unfair to project the moral standards of today onto those earlier generations.” He went on to ask, “Should we rename or tear down the Washington Monument and the Jefferson Memorial? Where do we stop? We feel that it’s unjustified, it’s being done as an over-eagerness to be politically correct.” Jennifer LeFevre, a descendant of another founder, stated in a letter to the New Paltz College Council, “To bow to pressure to reject the town’s heritage simply because some elements of that history are distasteful to some is a disservice to history.” In the Times, Corina Knoll points out that, “The Huguenot names will not disappear altogether. The school is hoping to include them in a contemplative space where their contributions are recognized along with details about their slave ownership.”

The statements of opposition coming from the scions of the town’s founders bring to mind a number of quotes from Dr. Martin Luther King, Jr. In particular, “Every man must decide whether he will walk in the light of creative altruism or in the darkness of destructive selfishness.” As a sector committed to social change, it is important not to separate ourselves from those who are being marginalized or done a disservice, but to identify with them. Getting to know their day-to-day lives and their history, empathizing with them, will allow us to better advocate for them. Going strictly by our personal version or understanding of history will benefit only us—not those whom we serve, and not the community as a whole.

History is not being erased here; it will just no longer be one-sided. The descendants’ opposition was self-serving, contributing to the societal norm of only thinking about one’s self and “walking in the darkness of destructive selfishness.” Let’s continue our walk in altruism!—Diandria Barber