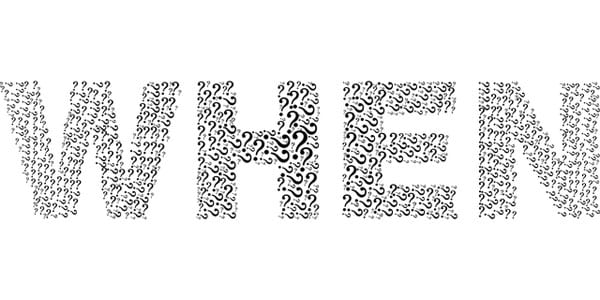 With the addition of Brett Kavanaugh to the Supreme Court, a full nine justices heard arguments this week in a case that could determine the fate of thousands of immigrants, many of whom entered the country legally and have been raising families and contributing to the US for years. Many now face years of incarceration and certain deportation. And the crux of the case is in how the Court interprets the word “when” as written into law.

In this case, Nielsen v. Preap, three lawful permanent residents filed a class action suit when they were taken into custody by Immigration and Customs Enforcement (ICE) and detained without bond hearings years after they had been released from serving criminal sentences for offenses that could lead to their removal. Their position was that they were not detained “when” released from criminal custody, and so should not be held in mandatory detention and should be provided with a bond hearing as well. In an article for the Atlantic, Garrett Epps explains the issues in the lawsuit quite clearly:

The statute creates two classes of “removable” aliens: first, ordinary detainees who haven’t committed crimes but are facing removal on other grounds and, second, “criminal aliens” facing removal because of criminal convictions.

Once ordinary aliens are detained for removal, they face three different legal tests. First will be a “bond hearing,” at which they can try to convince an immigration judge that they can be safely released, and will show up for their deportation hearing. They can provide evidence of their community, and family members can attend to give their support. If they get bond, they can go back to their lives until their next hearing. Next, whether or not they get bond, they receive a “removal hearing,” at which they can try to show that they are not “removable” after all. If they win there, they are free to go. But even if they fail in that effort, they can still try to show that they are eligible for what is called “cancellation of removal”—for example, because they have been lawfully present in the U.S. for years and have family ties here, or because deportation would subject them to danger in their country of origin. If the immigrant can prove that claim, immigration authorities have the discretion to allow him or her to remain and “adjust” to legal status.

But go back to the beginning—the bond hearing. Some “criminal aliens” have been convicted of certain specified statutory crimes (such as drug or firearms offenses, sex offenses, terrorism or espionage, or crimes of “moral turpitude”). For this “criminal alien” group, the statute says that “when the alien is released” from imprisonment, the government “shall take [him or her] into custody.” These immigrants get no bond hearing; they must be held in detention until their cases are resolved. They can still challenge removal, and they can still ask for cancellation, but they must remain behind bars for the months or even years those proceedings can take.

The “when” comes into play in this case because the plaintiffs had all served time in prison for minor offenses but were not taken into custody for deportation upon release. The issue here is whether or not the word “when” includes anytime thereafter. Thus, the Supreme Court must now decide the meaning of “when” in “when they are released.” And from the questions and debate in the court this week, the answer may not bode well for lawful immigrants.

The justices seemed to split along ideological lines, with the conservatives, including newly seated Justice Kavanaugh, clearly siding with the government’s position that “when” was open to almost any time—to place a time limitation on it was to hinder the ability of immigration authorities to do their work. Both Trump appointees, Gorsuch and Kavanaugh, were clear in their sense that Congress did not put a time limit on the law. Sparring with the ACLU lawyer, Kavanaugh staked out his position.

Kavanaugh disputed the ACLU’s contention that this mandatory detention rule applies only to immigrants who can be detained at the time they are being released from local jails or state prisons, not to those released years ago. “Congress did not put in a time limit,” he said. “That raises a real question with me whether we should be superposing a time limit.”

Wang said a reasonable time would be one day, but several justices said that time limit was too short.

However, Kavanaugh went further and said he saw no basis for putting any time limit on arresting immigrants for past crimes. “My point is that’s very odd when you think what Congress was doing in 1996…What was really going through Congress’s mind in 1996 was harshness on this topic,” he said.

The ACLU lawyer argued she was not arguing that the detained immigrants had a right to go free. She said they should have hearing for a judge to decide whether they were dangerous or likely to flee.

“The problem is Congress did not trust those hearings,” Kavanaugh said. “For a certain class of criminal or terrorist aliens, [Congress] said, ‘No more’.”

Arguing for the liberals on the court, Justice Breyer raised the question of whether it was the intent of Congress for the government to do this kind of “roundup” of immigrants: “There is a huge constitutional question over whether people in the United States can be arrested and held indefinitely with no hearing. The Constitution says that “no person” shall be “deprived of liberty…without due process of law,” Breyer said, and that clause also applies to immigrants living here. He also noted that even an ax-murderer was entitled to a bond hearing, and these people were not.

The issue of “when” to take an immigrant into custody seems pedantic when you are going to hold without bond a grandfather who has lived in the US for 52 years, or a person who served a prison sentence for possession of marijuana 20 years ago in the same way you would someone who participated in a bank robbery or was a suspect in a murder or assault. But it may all come down to an interpretation of what one word means. And, just when will we know this? Only the nine justices of the Supreme Court can answer that.—Carole Levine