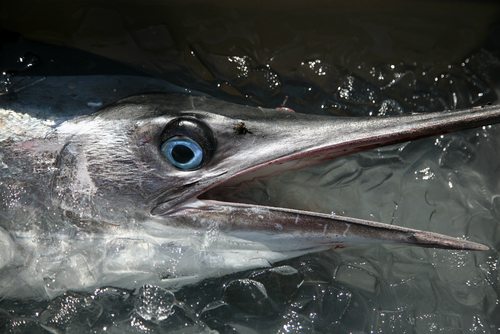 On Monday, NPR ran a story about the Marine Stewardship Council, better known as MSC. MSC certifies seafood as having been sustainably caught but some would beg to argue with its standards. Gary Leape, an ocean specialist at the Pew Environmental Group and a member of MSC’s advisory council for more than ten years, comments, “We would prefer they didn’t use the word sustainable.” He and others worry that, in some cases, fisheries have been certified by MSC despite either inadequate evidence or data that suggests that the environment is being harmed or that fish are being harmed.

Is there a problem in MSC’s financial “sustainability” model? Michael Sutton, one of MSC’s founders, says that when the organization first started, it almost went bankrupt. It was structured to depend partly on foundation grants and also on licensing fees from its certification labels but the demand for that certification had not yet emerged to the point of delivering MSC the revenue that it required. In 2006, 75 percent of its revenue came from foundations and only seven percent came from certification fees. But that same year, MSC managed to convince Walmart executives to commit to selling only MSC-certified seafood by 2012, and that set off a chain reaction because other companies didn’t want to be seen as lagging behind. “Overnight, the demand far outstripped the supply,” Sutton told NPR, “and so the suppliers had to catch up.”

The result? MSC has provided certification to seven times the number of fisheries that it did prior to Walmart’s 2006 pledge and licensing fees now constitute “more than half of the MSC’s revenue,” NPR reports. However, in the rush to meet demand, questions have now arisen about the credibility of the certification. MSC is, according to Walmart, unable to certify enough product for the chain to meet its commitment, and critics contend that the organization has lowered its standards to meet the demand that it wanted to create in the first place. But there is more complexity here. NPR reports:

“[S]ince Wal-Mart executives embraced sustainable seafood, the MSC has also received millions of dollars in grant money from the Walton Family Foundation, which was created by Wal-Mart’s founder and is governed by his descendants. The Walton Family Foundation has become one of the MSC’s largest donors, according to financial reports. The director of the foundation’s environment programs, Scott Burns, served on the MSC’s board of directors before he went to Walton.”

This story from NPR should be read by everyone who is struggling with their business/revenue plan because it reinforces the notion that you are what you eat. It also suggests that philanthropy may wish to think twice about the constant drumbeat about the financial sustainability of public benefit organizations. NPQ has seen this type of problem before—a design flaw that is supported by a set of close relationships. If the problem is not resolved in favor of authentically building public confidence, it could call into serious question the value of the organization’s work. –Ruth McCambridge