Swiss Museum Likely to Get Lawsuits with This Collection 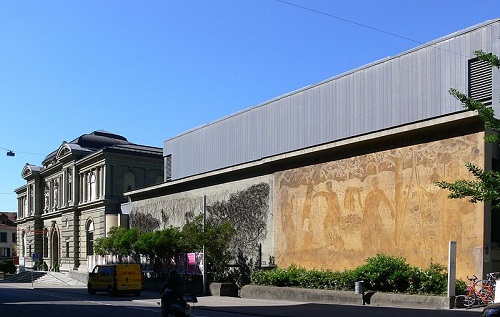 Ronald Lauder, Jewish World Congress president, announced the other day that the Swiss museum Kunstmuseum Bern could face “an avalanche” of lawsuits if the museum accepts a collection of 1,300 artworks bequeathed to them by the late Cornelius Gurlitt. Gurlitt’s collection is suspected of being art looted by the Nazis.

After Gurlitt’s collection was reviewed in 2013, almost 600 pieces have been flagged as potential Nazi loot. These works have been registered at the Lost Art Internet Database. This past May, Gurlitt passed away, leaving the entire collection to the Kunstmuseum Bern. Lauder said if the museum does accept this collection, lawsuits may come from a variety of German museums and Jewish heirs, who may be the rightful owners of the works.

It has not yet been determined whether the museum will accept the collection, but a decision will be made on November 26. The museum is working with the German government to determine the process of evaluation and how to go about identifying the pieces within the collection. However, there is an unconfirmed proposal by the board of directors for the museum to accept the collection, but under strict terms. According to ArtNet News, these terms include “not taking possession of any work against which there is currently a restitution claim or about which there is any suspicion of Nazi provenance. It would use permanent loans to return all works that could be tied to other museums or institutions. And it would keep the entire collection in Germany in case further restitution claims arise down the line.”

The U.S. Department of State’s Washington Conference Principles on Nazi-Confiscated Art outline the handling process of works in question: “In developing a consensus on non-binding principles to assist in resolving issues relating to Nazi-confiscated art, the Conference recognizes that among participating nations there are differing legal systems and that countries act within the context of their own laws.” There are eleven points within this set of guidelines as to how Nazi-confiscated art is identified and handled. The American Association of Museums also provides museums with a set of standards and best practices. Nazi-confiscated art could fall under these best practices for museums and museum curators.

It is interesting to see the dynamic between best practices of accepting donor-bequeathed estates and general ethical code. It is always a plus for arts and cultural institutions to be named in a donor’s estate, yet, on an ethical and moral level, how the institution decides what it should accept is a whole other conversation. Clearly, the Kunstmuseum Bern would benefit greatly from the gift, but at what cost? Hopefully not at the cost of being labeled what Ronald Lauder called “a museum of stolen art.”—Jennifer Swan