Take Control of the Message through a Media Frame: A Case Study in Cooperative Recasting 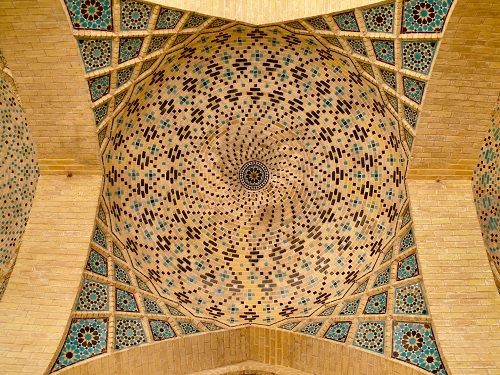 Many groups are interested in convening colleagues to build an online hub of shared resources that will get members “on message,” but few invest the necessary time, energy, and financial resources to have an impact. Reflecting on their work over the past four years, the Security and Rights Collaborative, a Proteus Fund initiative, recently released a report, “Building a Field-Wide Communications Hub: Lessons Learned,” describing how a network of organizations concerned about Islamophobia went about reframing the public discourse on the “war on terror” and progressive national security policy. The report makes for an outstanding case study for any organization seeking to impact the national dialogue and public policy by engaging a cohort of nonprofits.

The Problem: Lack of a Unifying Frame

In 2008, the Security and Rights Collaborative was launched as a donor collaborative with the overall goal of impacting how policies being enacted in the name of the “war on terror” were affecting fundamental human rights, particularly those of Arab, Muslim and South Asian communities. Proteus Fund Program Officer Dimple Abichandani, who has led the collaborative since its inception, understood that to impact public policy, the collaborative needed to focus on the role that the media had played in shaping the national dialogue regarding national security.

“The shared perception of donors and organizers working in the field [of security issues] was that few voices in favor of civil rights protections were breaking through in the mainstream media,” says Abichandani. “Our first step was to understand whether that perception was true.”

The collaborative hired ReThink Media to undertake a needs assessment of approximately 60 national security and human rights organizations to evaluate their communications capacity, determine what resources were already available to them, and clarify what messages were being used. The overall findings were that the field was lacking basic capacity.

“The gaps were different across different types of organizations,” says Abichandani. “Large organizations often had communication staff, but they weren’t necessarily dedicated to this issue. Smaller, grassroots think tanks sometimes had communications staff but there was little coordination with others across the field. 62 percent of grantees lacked communications staff, 76 percent didn’t have a media database or distribution system, and most lacked press pages and press lists. Most organizations had worked with PR firms, so relationships with the press were all being outsourced, yet grantees had a strong desire to build their own internal media capacity.”

The collaborative also comissioned a media audit. It found that, in contrast to the opposition, which had one frame that resonated in the media across a variety of issues (from torture to racial profiling to indefinite detentions at Guantanamo Bay), the collaborative’s grantees had not effectively connected national security concerns to the protection of human rights and civil liberties.

“When our grantees were breaking through in mainstream media,” says Abichandani, “they were not on the same page with their messaging. Two or three different groups would go out with messages that didn’t point to any overarching frame. On the other side, we were being beat by this very consistent, overarching message: tie any new policy back to the need to keep America safe. The result was a very strong echo chamber effect.”

In the assessment of the collaborative, it wasn’t enough just to invest in message development. They needed a method to translate the best thinking about messaging into the echo chamber and an infrastructure that would encourage ongoing coordination across organizations. Working with ReThink Media, the collaborative developed a model that had three primary components:

“We put a lot of effort into building the model so that it provided resources that people needed,” says Abichandani. “For example, we have a daily e-mail that has all the days’ news clippings across a number of issues. It saves everyone hours and hours of time going through all these articles themselves.” Abichandani credits field uptake of the communications hub with a lot of relationship-building that ReThink Media conducted early on in the project. Most of the hub’s first year was focused on working with individual groups to develop trust and to build a minimum baseline of capacity within each organization. Given the range in organizational capacity, the collaborative made it a priority to offer resources that various groups could use differently rather than trying to force a one-size-fits-all approach.

For those that may be interested in developing their own collaboration and communications hub, ReThink Media founder Peter Ferenbach cautions against adopting an “if you build it, they will come” mindset: “People have full-time jobs and lines of accountability in their own organizations,” says Ferenbach. “Participating in an online community is often some other thing outside of their daily workflow. Unless you’ve conjured up a way to demonstrate real value and engage it into their workflow, there’s no way to leverage that resource into daily engagement.”

The Results: Changing the Narrative and Enabling Stronger Advocacy

When the hub was first launched, Abichandani admits that there was a question as to whether the larger civil rights groups would participate. “The big groups showed up and even sent their senior staff, participating actively,” she says. “They recognized that the hub was an opportunity for them to recruit additional support for their efforts.” One of the findings of an early media audit was that when issues were discussed, the language used was often very legalistic and inaccessible. Large groups needed stories of how policies and developments directly impacted people’s lives, while small organizations needed the help of the larger groups to steer the national conversation.

One of these organizations, The Sikh Coalition, credits the Security and Rights Collaborative with shaping how the media reported on the breaking news of the mass murder in Oak Creek, Wisc. in August of 2012. In the shooting at a Sikh Temple, a man who was reportedly a white supremacist killed six people and wounded four others. Immediately following the incident, Sikh Coalition co-founder Amardeep Singh was on the phone with ReThink Media, developing and issuing a press release. “By the next day, the other members of the collaborative were receiving messages that we could all use in addressing this issue across the sector,” says Singh. “We were on CNN and other national outlets helping to address the message and constantly issuing press releases. As a result, we helped to shape the government’s response. By that Friday, the Attorney General had declared the incident a hate crime. I don’t know what we would have done without the hub.”

The collaborative has also helped shape news events by planning ahead for news stories. In December of 2010, Rep. Peter King (R-N.Y.), chairman of the House Committee on Homeland Security, announced a series of congressional hearings, scheduled for March of 2011, to probe the “radicalization of the American Muslim community.” The hearings posed multiple threats to the community, including inflaming hatred and bias against Muslims. Over ten weeks, ReThink Media and the collaborative held weekly conference calls to develop messaging and implement a strategic communications plan that included an op-ed strategy and a Capitol Hill strategy, placing spokespeople and compiling quotes from expert witnesses. The result, according to the Proteus Fund research, was that the collaborative’s position dominated the op-ed and editorial coverage at the top 30 national and regional newspapers in the country, with 70 percent of op-eds opposing King and the most influential papers, like the New York Times, the Washington Post, USA TODAY and the Los Angeles Times all editorializing in favor of the collaborative’s position.

Kathryn Casa, director of communications at ACCESS, a national Arab American human services organization, sees a direct link between the collaborative’s efforts and her own organization’s ability to influence public discourse. “We often use media clips to help us in our own blogs and social media postings,” says Casa. “The trainings have been very useful for us to increase our own capacity and allow us to earn more media. We were able to utilize talking points around the Peter King hearings to help us in our messaging.”

Casa credits the collaborative’s capacity-building work with making the resources usable. “Without having capacity to bring on a part-time communications staff person, we wouldn’t have enhanced our communications work despite additional training, talking points, media lists, social media activity, etc.,” she says. “Not only has this resource enabled us to react more efficiently and quickly, we can now plan better so that we’re not always reacting. It was more forward-looking, instead of reacting to the slings and arrows of the last decade and it has enhanced our ability to be leaders.”

Nadia Tonova, the director of the National Network for Arab American Communities, a program of ACCESS, also points to increased engagement with other members as a positive outcome of the collaborative. “There’s more coordination among the field. I know that other folks have been able to improve their communications capacity,” she says. “It has helped all of us move forward at the same time to be on the same page with our work. It makes us stronger advocates.”

John Hoffman has more than 15 years of experience in marketing and development within the nonprofit and technology sectors. You can follow him on Twitter here.