Taking Philanthropic Capitalism to the Streets in the U.K. 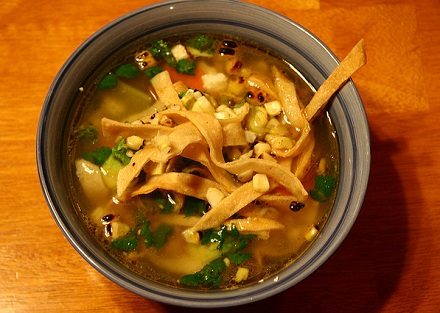 Depending on where you live, a food truck could mean the difference between a lunch of leftovers and the tacos of your dreams. Just as in many cities in the U.S., in the U.K., food trucks are gaining popularity and bringing new perspectives to the food industry and in at least one case, a new voice for philanthropy.

A recent blog post in the Guardian explains that, for lawyer JP Campbell, the impetus for starting his food truck came from what he describes as “the compassionate capitalists” who came up with the “buy one give one model.” Now the sole cook and owner of the Elephant Juice Soup truck in Edinburgh, Scotland, Campbell not only concocts recipes such as Elephant Juice Carrot and Coconut Soup, but through an arrangement with the international anti-hunger charity Equipe Global, he also makes weekly payments based on each bowl of soup that he sells. In response to skeptics who might say that this added philanthropic twist is helping his bottom line through free publicity, Campbell asserts his belief in what he sees as a quality product.

“My carrot and coconut has got a fair waft to it,” he modestly told the Guardian. “So has my cullen skink. However well-intentioned the whole philanthropy idea is, I know my product sells itself.”

As further evidence of a growing trend, the Guardian includes the tantalizing information that a “string of smart new street food kiosks opening in Liverpool this summer will be selling everything from Italian to Thai, Mexican and Chinese cuisine.” Like Campbell, these Liverpool chefs will be hopeful entrepreneurs who are new to the cooking world, but unlike Campbell they will have benefitted from a new program sponsored by Can Cook, a “cookery” based in England. Beginning next week, Can Cook will lead cooking classes in a Liverpool prison with “everything from barista basics to the art of stir-fry and secrets of great pastry.”

Referring to this new program and what it could mean for the future of these students, Robbie Davison, director of Can Cook, told the Guardian, “It could, potentially, be a six-month run into self employment.” –Anne Eigeman