U.S. Resistance to Targeting of Immigrants Becomes a Self-Organized System 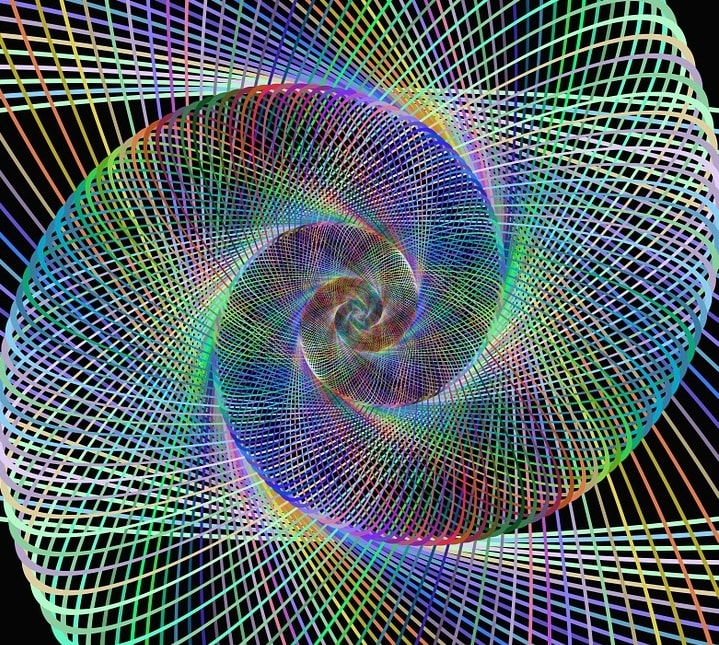 It is time to change the way we think about organizations. Organizations are living systems. All living systems have the capacity to self-organize, to sustain themselves and move toward greater complexity and order as needed. They can respond intelligently to the need for change. They organize (and then reorganize) themselves into adaptive patterns and structures without any externally imposed plan or direction.

Amid a wave of ICE detentions across the country, reports of new draft guidelines that would significantly increase the detention and deportations of immigrants lacking legal status, and a promise from President Trump that he will release a new executive order to “comprehensively protect our country” against undocumented immigrants, refugees, and travelers, localities, schools, and other entities are progressing with their own efforts at protecting refugees to the greatest extent possible. In many cases, these initiatives require high levels of coordination between local government, law enforcement agencies, and nonprofits. Even in the major suits filed that have worked to stay the original Muslim ban, there has been a combination of plaintiffs, including governments, nonprofits (both national and local) and business interests involved.

But many efforts are more local. In Palo Alto, for instance, a three-hour study session held Wednesday of last week brought together law enforcement, legal advocates, and immigrant advocacy and support groups for a discussion of how to strengthen protections for their local residents who are immigrants. Around two-thirds of all the city’s residents are Latino or Pacific Islander, according to the nonprofit group Community Legal Services in East Palo Alto. This session looked to reexamine the strength and comprehensiveness of three resolutions that the city approved between 2007 and 2012.

The first, in 2007, directs all city departments, including police, to refrain from acting as Immigration and Customs Enforcement (ICE) “agents” in any program or operation targeting individuals solely based on their immigration status. It also calls for ICE to stop displaying the word “police” on their uniforms, which has confused residents and caused fear of actual local police officers.

The 2010 and 2012 resolutions called upon the San Mateo County Board of Supervisors to direct its departments against cooperating with the Secure Communities Program and to refrain from using county funds to help federal immigration officials. The 2012 resolution also asked the county probation department to refrain from reporting juveniles to ICE or honoring juvenile ICE detainer requests.

The agencies reiterated their commitments to those resolutions and acknowledged the limitations of the protections provided. The integration of the services provided by local nonprofits was reviewed and an additional legal fund was discussed. Council members also wanted to know how the executive order on withholding federal funding from sanctuary cities might affect East Palo Alto, which has never formally declared itself a sanctuary city but clearly has many aspects of one.

Councilman Carlos Romero emphasized that even if federal funding were threatened, he would not back away from doing the right thing. Still, he said, “we [should] go into it with our eyes open.”

At least two other sanctuary jurisdictions, San Francisco and Santa Clara, have sued the federal government this month, claiming that the order violates the Tenth Amendment of the U.S. Constitution because it coerces state and local governments into assisting with federal immigration enforcement.

Before the number of people caught up in the immigration detention and deportation pipeline grows, cities could immediately agree to create an immigrant legal defense fund. Currently there is no federal right to government-funded attorneys in immigration proceedings. This is an enormous moral failing embedded into existing immigration law.

But cities can correct this moral shortcoming without opening themselves up to any legal trouble. Cities and states already employ attorneys to represent their residents. In the criminal context, government-funded legal counsel is the norm. It’s time for elected officials to expand access to counsel to immigration cases. Cities could partner with state public defenders’ offices or use their own municipal public defender corps, where those exist, to add lawyers who are ready to go into immigration courts alongside city residents.

He cites the examples of Austin, Texas; Washington, D.C.; and New York City, where special funds have been developed to ensure counsel for those threatened with detention and deportation. These, he says, do not need to be composed only of public money but could perhaps include donor dollars as well.

Behind all of the legal efforts, however, there are other practical supports in place or being developed by local residents anxious not just resist but to welcome newcomers in ways that are practical and involve building new institutions together. In Garden City, Kansas, volunteers have established a new clinic to provide health care to local refugees. The clinic operates out of an apartment in an area where many refugees live.

“Sometimes there are barriers that prevent a refugee individual from really getting the healthcare that they need,” said John Birky, the CEO of the nonprofit clinic, New Hope Together.

The physicians staffing the effort are volunteers who understand that health delivery in this circumstance requires more than medical care. “A lot of people don’t know how insurance works,” said Gareth Bridge, one of the clinic’s physicians. “They don’t know why we do preventative medicine. These are foreign concepts in many countries.”

Ifrah Ahmed, who will be acting as a volunteer language mentor at New Hope Together, says the clinic reflects a strengthened relationship between refugees and the rest of Garden City, which developed in the wake of a bombing plot targeting refugees there last year. “Instead of taking us apart and making people flee from Garden City,” she said, “it made us more united. It made us stronger, and it made us more family now.”

All this is taking place even as protests continue across the country and Trump’s justifications for getting tough on immigration and refugees wear ever thinner. Over the weekend, in an impassioned talk about the link between crime and refugees, he referred to a purported attack he said had happened in Sweden on Friday. Later, the president clarified his statement, which was he said was based on an interview with a filmmaker he had seen on Fox News. No attack, of course, had occurred. Carl Bildt, Sweden’s former prime minister, tweeted “Sweden? Terror attack? What has he been smoking? Questions abound.”

This is, of course, not the first time that key Trump staff have alluded to terrorist attacks that did not occur. Kellyanne Conway’s “Bowling Green Massacre” references and Sean Spicer’s to Atlanta when he presumably meant Orlando suggest a larger cultural issue in the administration—a vagueness and disregard for the truth in the fright mongering that would indeed be funny if it weren’t so frightening itself. Finally, the link the president has made between violent crime rates and immigration is both backward and entirely unsupported. These weaknesses must be used to highlight the faulty as much as anything else of course, but they cannot be counted upon necessarily

In the face of this, the multiple nodes of activism—service and resettlement-oriented, sanctuary organizing, legal defense and litigation, and protest—are all critical. At the very least, it’s apparent that coordination is moving nicely into position where it is needed, responses are being shared across localities and fields and types of organizations, and the whole has acted with the intelligence and skill inherent in the parts. No doubt these alliances will at times be difficult, but the stakes are very high.

Sets priorities for removal of aliens who “(a) have been convicted of any criminal offense; (b)have been charged with any criminal offense, where such charge has not been resolved; (c) have committed acts that constitute a chargeable criminal offense; (d) have engaged in fraud or willful misrepresentation in connection with any official matter or application before a governmental agency; (e) have abused any program related to receipt of public benefits; (f) are subject to a final order of removal, but who have not complied with their legal obligation to depart the United States; (g) or in the judgment of an immigration officer, otherwise pose a risk to public safety or national security.” Hire additional 10,000 immigration officers, engage in federal-state-local cooperation to enforce immigration law, deny federal funding to jurisdictions “willingly refuse to comply with 8 USC 1373 (sanctuary jurisdictions),” report weekly on criminal activity in sanctuary jurisdictions, and report quarterly on “the effects of the victimization by criminal aliens present in the United States,” immigration status of all aliens incarcerated by the Federal Bureau of Prisons, all aliens incarcerated as federal pretrial detainees (Marshals Service), and all aliens incarcerated in state prisons and local detention centers.

Assess cooperation of all countries in providing information necessary to process immigration requests (60-day information gathering with report to follow 30 days later), impose 90-day suspension of immigration from seven Muslim majority countries previously cited in federal law, nationals of foreign countries not cooperating would not be eligible to enter the U.S. (diplomatic visas and NATO employee visas excluded), implement uniform screening standards. Suspend refugee admissions for 120 days, assess refugee admissions procedures, and reopen refugee admissions after 120 “only for nationals of countries for which the Secretary of State, the Secretary of Homeland Security, and the Director of National Intelligence have jointly determined that such additional procedures are adequate to ensure the security and welfare of the United States.” Prioritize refugee claims based on religious persecution of a minority within the country of origin. Suspend all entry of Syrian nationals until changes in the refugee admissions program (USRAP) are made, cap Syrian nationals entry at 50,000 for 2017. Case-by-case exceptions to the refugee admission suspensions may be made. Expedite biometric entry-exit tracking system for all travelers, require in-person interviews for all visa applicants, assess validity of all visa reciprocity agreements. The Department of Homeland Security will report publicly every six months on the number of foreign nationals charged with or convicted of terrorism-related offenses or removed from the U.S. for terrorism-related activity, affiliation, or material support of a terrorism-related organization; radicalized foreign nationals; acts of gender-based violence against women by foreign nationals; other information on major offenses charged against foreign nationals.