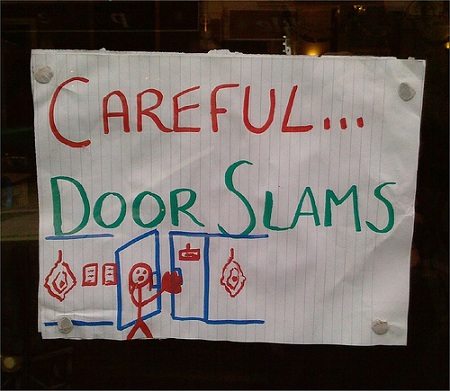 Give Mother Jones credit for the scoop on Dick Armey’s huffy departure from the Tea Party-affiliated organization he founded in 1984, FreedomWorks. As MoJo discovered, it wasn’t an amicable parting. Armey’s November 30th resignation memorandum asked that his name and image be removed from all of the group’s materials. He even asked that FreedomWorks return his official congressional portrait to his home in Texas. According to the Washington Post, on his way out the door, Armey will receive a severance package of sorts, amounting to $8 million in consulting fees to be paid by conservative fundraiser Richard J. Stephenson, structured as 20 years’ worth of $400,000 payments. The deal was reportedly made to keep Armey from publicly quitting FreedomWorks before the election.

Given the unfriendly parting of ways between Armey and FreedomWorks, it is difficult to imagine exactly what consulting projects he might be assigned. Like any other nonprofit organization, we suspect that FreedomWorks would have had a hard time telling future donors that they’re being asked to contribute to an $8 million hole created by a gift to a departing executive. Anyone who has had to raise money to pay off a former executive knows the routine (thus, we think, the reconceptualization of the severance package as a consulting agreement).

What triggered the dispute? By some accounts, it was an issue of basic nonprofit governance and ethics. According to reports, Armey was at odds with the president of FreedomWorks, Matt Kibbe, over a book Kibbe published this past summer, Hostile Takeover: Resisting Centralized Government’s Stranglehold on America. The book deal was structured to give Kibbe an unspecified amount of personal profit even though Armey contended that Kibbe used resources and personnel from FreedomWorks in the process. To Armey, to allow Kibbe to profit from the book was to jeopardize the tax-exempt status of the organization. When Armey was presented with a memorandum to sign attesting to the Kibbe’s writing without significant FreedomWorks support or resources, Armey declined, saying that the memo was asking him to lie.

Ultimately, the board placed Kibbe and his deputy on administrative leave in August. But now Kibbe is back in and Armey is out, and other key FreedomWorks staff members are leaving as well. For his part, Kibbe attributes his administrative leave to a difference between him and Armey over the direction of the organization. One can imagine that Republican election losses may have triggered some disagreements. For example, was it Armey or Kibbe who thought that Indiana’s Richard Mourdock would be a strong Tea Party candidate even after he declared that a woman’s becoming pregnant after a rape was part of God’s plan?

We don’t doubt that Armey might have been offended by Kibbe’s book deal on principle, but it is just about impossible to imagine that the Armey/Kibbe discord was simply about the book and nothing more. In an interview with Newsmax TV this week, Kibbe excoriated U.S. House Speaker John Boehner as “incredibly hostile” to fiscal conservatives, citing the Republican leadership’s recent openness to a deal with the Obama administration that would require raising new revenues. Earlier in the day, Boehner had kicked a couple of arch-conservatives off of key committee slots, sending a message to the Republican Party’s far right wing that the time was up on their efforts to undermine his negotiating a compromise in order to avoid the fiscal cliff.

In his Newsmax interview, Kibbe sounded like one of the far right wing players that he is. Armey is no liberal—and neither is Boehner—but they each must know that the far right was rebuked in the most recent election. There is an element of pragmatism to someone who served in Congress for as long as Armey did. Kibbe may lead FreedomWorks (and the Republican Party, if it chooses to follow) over a cliff, but Armey and others are rappelling off.—Rick Cohen