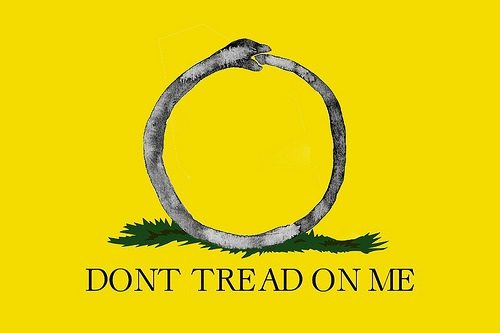 Washington Post columnist Robert McCartney writes about the changing political times due to the ascension of Tea Party–types in Frederick County, Maryland, outside of Washington, D.C. More than 185 years ago, the county purchased 94 acres from a farm household to use as an almshouse. Almshouses are no longer part of America’s tending to the poor, but the deed to the property restricts the use of the land, regardless of what was built on it, to “the benefit of the poor” and “for no other use, intent or purpose whatsoever.”

That’s a deed restriction that ensures that, no matter what the land use, it would be to help the poor. As a result, the land is used currently, not for an almshouse, but for a 60-bed assisted living facility opened last year for the indigent elderly.

Helping the poor is consistent with the deed restriction, but it doesn’t sit well with the Tea Party boss of the county government. County commission president Blaine Young wants the site to be sold to a for-profit company for a nursing home. The new owner negotiating with Young and the commission wouldn’t displace any of the current residents, but the firm wouldn’t have to replace them with other poverty-stricken seniors.

Young is a Tea Party guy—somewhat disappointed with the Tea Party’s approach to the government shutdown, but still a believer in Tea Party principles, or so he says. He doesn’t think the county should be subsidizing the assisted living facility. “It’s not a core function of county government,” he says. Further, he’s not bothered by the deed restriction, noting that the 94-acre site also houses an animal shelter and the county stores some snow removal equipment there. He seems to not understand that those ancillary uses don’t undo the primary use of the site as an assisted living facility for the poor.

A local coalition concerned about maintaining the low-income use restriction has formed to try to block Young’s strategy. “The county has always said since the 1800s that it will have a place for the poor, the unwanted and the unwashed of Frederick County, and they have maintained that up to now,” said retired state health official Joseph Berman, a former member of the board of trustees for the assisted living facility. “This tradition and commitment should be continued.”

Berman is a former trustee because Young and his colleagues on the county commission abolished and dismissed the facility’s board in order to proceed with the sale.

It is a bit difficult to understand Young’s opposition, given the site’s historic use. McCartney points out that in the past, the county has maintained its commitment to the poor by using the site at various times as a “county home” for the poor, a veterans facility during the civil war, housing for “tramps” during the Great Depression, and a hospital. While Frederick County was segregated well into the 20th century, like much of the D.C. region, a clinic on the site was, according to McCartney, “the only place in the county where an African-American woman could have a baby in a hospital.”

Instead, Young and his colleagues are selling the almost-new facility to a for-profit. A plan to restructure its finances so that it would need fewer or no county subsidies was halted by the commissioners as they began to make plans to privatize and sell the facility. It doesn’t seem to matter to the purportedly tight-fisted Tea Party politician that the county is selling the facility to Aurora Health Management for $30 million, even though it cost $38 million to build it last year.

In McCartney’s view, “ideology is blocking good sense.” He seems to be right. But in addition, the less than subtle animus toward government’s serving the poor reveals something about the Tea Party ideology. It’s a pretty disappointing message to deliver to indigent elderly people in an assisted living facility.—Rick Cohen