Teach for America Earmarks Cause Debate in Nevada 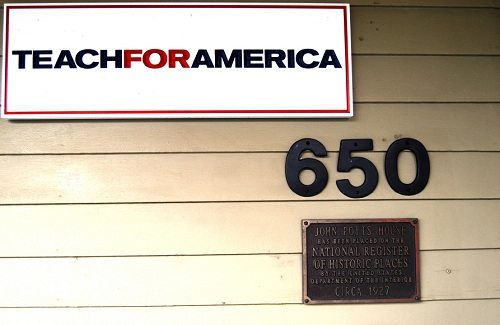 Yesterday, NPQ reported that the governor of Minnesota vetoed an earmark for a Teach For America grant, saying essentially that if the expenditure was worth making, it should have been put out to bid. Now, a proposal to earmark $2 million for TFA to recruit teachers for Clark County in Nevada is headed from the Senate to the Assembly, but in this case, the governor is advancing it. Gov. Sandoval earmarked $2 million over two years for Teach for America in his $6.5 million general fund budget proposal.

Clark County School District officials, who have been involved with the Teach for America program since 2004, advocated for the bill saying that TFA lowers recruitment costs and acts as a screening system for qualified teachers who are effective in the schools they administer. Some Democrats oppose the grant again based on its being earmarked for a particular group. They additionally argue that the state’s investments should be made in permanent, rather than temporary, teachers.—Ruth McCambridge