Teach for America Struggles in Minnesota 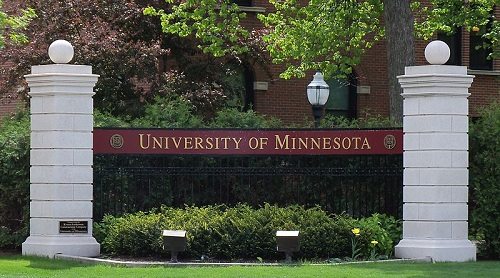 Teach for America is a nonprofit best known for placing highly motivated but lightly trained college graduates into teaching positions more typically filled by graduates of education schools specifically trained the job. TFA’s teachers receive only five weeks or so of training before being placed in public school classrooms, so one of the nonprofit’s main challenges is in dealing with governmentally mandated teacher certification requirements.

Minnesota hasn’t been all that welcoming to Teach for America recently. In May, Minnesota governor Mark Dayton vetoed a $1.5 million TFA earmark in the state budget. (Because local and state chapters of TFA are responsible for at least part of their own fundraising, TFA was less than pleased by the decision.) While Governor Dayton was nixing the TFA earmark, TFA had been negotiating with the University of Minnesota to design an alternative licensing program, taking advantage of a 2011 state law that permitted the hiring and placement of teachers who had not completed all of the usual state certification tests and requirements. TFA’s discussions with the University included the possibility of increasing the TFA pre-placement program to go longer than five weeks and including ongoing on-the-job professional development during the first and second years of TFA teachers. While TFA was negotiating with the University, it had also applied to the Minnesota Board of Teaching for a blanket approval of 45 TFA teachers, a practice that had gotten the Board’s approval in the previous four years. This time, the Board denied the blanket approval and will require the TFA teachers to obtain individual approvals.

Those who support the TFA and decry the Minnesota Board’s decision blamed the teachers’ unions. Brian Sweeney of the technical assistance provider Charter School Partners called the Board’s decision a “coup d’état…by the unions on Minnesota education policy.” The local press turned out to join TFA supporters and union critics in lambasting the Board’s rejection of a blanket approval of all TFA teachers. The Pioneer Press, for example, suggested that the unions opposed the TFA waiver because they wouldn’t be able to collect union dues from the non-union TFA teachers.

The latest stumbling block for TFA in Minnesota has come in the form of a petition launched by students at the University of Minnesota’s College of Education and Human Development in opposition to the possibility of a deal with TFA. Their letter charged that the “[proposed] partnership [between the University of Minnesota and TFA] offers unearned legitimacy to a significantly flawed and powerful force in education, one which sends underprepared teachers into communities of students already often marginalized by the education system.” Referring to numerous studies questioning TFA’s educational outcomes and the low retention rate for TFA teachers in educational systems, the letter acidly charged, “With the lack of evidence that TFA actually improves the lives or learning environments of students most vulnerable to exploitation (e.g., urban children/youth of color/poverty), we can only guess that this partnership is primarily one of business.”

Two conflicting responses to the grad students’ letter suggest that their concerns might not be without merit. While a university spokesperson, Steven Henneberry, described the negotiations with TFA as only “preliminary discussions,” the dean of the College of Education and Human Development, Jean Quam, volunteered her perspective that the discussions were “in depth.”

Teach for America may have a bit of an easier time in other states where, unlike Minnesota, there may be real difficulties in getting teachers to work. For example, the very conservative Walton Family Foundation just awarded TFA a grant of $4.3 million to expand its work in Arkansas and Mississippi from 550 teachers in the school year that just ended to 582 teachers this coming year and 610 next year.

Despite the Waltons’ all-in support, TFA seems to be facing some pushback. One cause is that the short training period results in TFA’s least experienced teachers being placed in classrooms in desperately need of teachers with experience and solid educational training. Another is that in the places where most TFA candidates want to work, there really aren’t teacher shortages, resulting in low-paid, non-union TFA people replacing higher-paid unionized teachers.

Teach for America has been a sacred cow of social enterprise ever since founder Wendy Kopp got the nonprofit going and added Laura Bush as the honorary chair of the TFA board when George W. Bush was elected president. Are we seeing some nonprofit and community leaders becoming willing to challenge this favorite of education reformers?—Rick Cohen

CLARIFICATION: A representative of the University of Minnesota clarified that the discussions between the University and Teach for America were indeed “preliminary,” but the internal conversations among faculty and administrators in the College of Education and Human Development on the topic have been indeed “in-depth.”