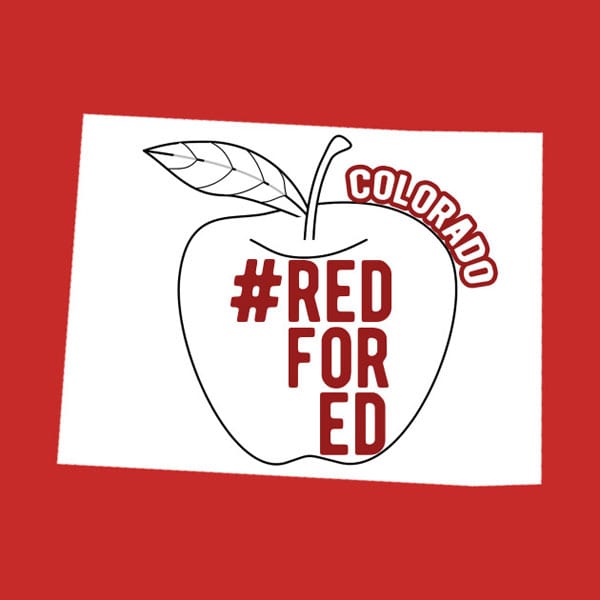 Yesterday, Denver teachers took to the picket lines for the first time in a quarter-century. Eric Gorski in the Denverite reports that, “It’s a big development not just in the ongoing dispute between school district and union leaders over how much and how teachers are paid, but also in the history of Denver Public Schools.”

Denver public schools enroll 72,000 students and employ about 5,300 teachers, of whom about 3,800 are dues-paying union members. That number, notes Gorski, is “a big increase in membership that had been stuck at about 50 percent for years”—in other words, more than 1,000 nonunion teachers joined the union in the run-up to the strike. The union, however, by law, represents all teachers. “Teachers don’t have to be union members to strike,” Gorski adds.

Gorski details many complications that teacher strikes raise. Some teachers, Gorski notes, may support the strike but cross the picket line because they are “worried about their immigration status.” Some parents who support teachers may still send their children to school because they “have less flexibility at work and may not be able to be with their children.” Gorski notes attendance was higher at high-poverty schools in Los Angeles during last month’s strike for this reason; in Denver, expectations are similar. In the New York Times, Julie Turkewitz and Dana Goldstein write that, “More than half of public school students here are [Latinx]. Two-thirds qualify for free or reduced-price lunch, and one-third are still learning English.”

District officials have indicated that meals will be served at schools with large numbers of students in need. For those who are not attending school, Gorski adds that the “city of Denver also said it will have meals and snacks available at its recreation centers and libraries.”

The teachers’ union, the Denver Classroom Teachers Association, like the teachers’ union did last year in West Virginia, is also providing meals. The Denver union has said it will collect and distribute non-perishable food at four community locations.

Students will also play a role—indeed, they already have. Gorski notes that, “An estimated 1,100 students at seven Denver high schools staged sit-ins, information sessions, marches, and other demonstrations during a school day two weeks ago, showing solidarity with teachers.”

One key issue behind the dispute concerns a teacher push to increase base pay, in part by reducing performance-based bonuses from ProComp, a program the union believes is ineffective. The Times headline suggests that teachers once “hailed” the program. But the story of union approval of ProComp in 2005 is more complicated. As Melanie Asmar explains in the Denverite, “It took a sophisticated campaign run by political consultants and funded by philanthropies to turn meager union support—early polling showed only 19 percent of teachers were in favor—into a victory. In the end, 59 percent of union members voted in favor of ProComp.”

Turkewitz and Goldstein detail that “the average Denver teacher earns $63,400 per year, including any ProComp bonuses. The union wants more money to go to base salaries, in part by reducing a proposed $2,500 bonus for teachers in high-poverty schools, and eliminating a proposed $3,000 incentive for teachers in the district’s 30 highest-priority schools.”

Gorski adds that behind the strike is “a long-simmering frustration with Denver’s brand of education reform, which includes closing low-performing schools and replacing them with other types of schools the district believes can do a better job. That includes charter schools. Our rough count shows Denver Public Schools with 99 traditional district-run schools, 60 charter schools, and 50 innovation schools, which are operated by the district but don’t abide by all aspects of the teachers’ union contract.”

Turkewitz and Goldstein tie this theme back to the broader national trend:

Over the past year, in red states and blue states, in big liberal cities and in tiny Appalachian towns, teachers have fought back against core tenets of education reform in the past two decades: that you can make schools better without increasing funding, and that competition for resources among teachers and institutions, through school choice, is good for students.