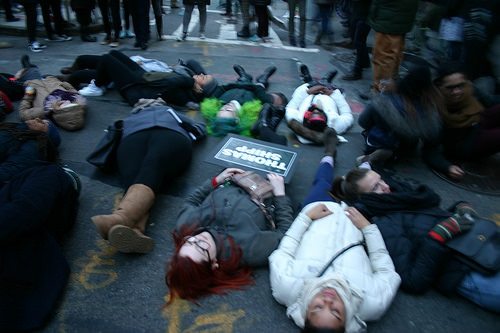 While the nation’s focus has been on the police killings of unarmed black men in Ferguson, Missouri and Staten Island, New York, protests in Milwaukee have been centered on the killing of Dontre Hamilton, an unarmed, mentally ill black man, by a white police officer last April. The civil disobedience that emerged from these protests sometimes had a spur-of-the-moment dimension, as marchers took advantage of opportunities that arose. Sometimes, it worked out well—for example, staged die-ins—and other times not so well, particularly in those instances where actions led directly to, or were hijacked into, violence.

WUWM’s LaToya Dennis visited a program in Milwaukee that gave protesters formal training on the strategies and tactics of civil disobedience. The sponsor of the training, the Coalition for Justice, appears to have had two purposes in mind, based on the statements of Coalition co-founder Curtis Sails: teaching the tactics of civil disobedience and getting participants to talk about and act on the issue of race relations.

If you’ve ever been arrested for participating in an explicit act of civil disobedience, as opposed to simply being swept up in a police action during a demonstration, you might know that there are several considerations to keep in mind, depending on what is going down. Coalition trainer Shea Schachameyer ran through civil disobedience scenarios with the training participants gathered in Milwaukee’s All Peoples Church, warning them, “If you need to call it off, if you’re, like, getting hurt or uncomfortable in some way, just say, ‘this is real; stop.’ And that’s our code word, ‘this is real.’”

Some people in civil disobedience actions draw on their histories and connections to the tactic in prior generations. Recently, in Oakland, California, for example, Indian Americans Nadia Khastagir and Gopal Dayaneni joined with protesters chaining themselves to the doors of the local police station in a demonstration of Asian solidarity with the #BlackLivesMatter movement. The 49-year-old Khastagir comes from a family with roots among the Bengali freedom fighters against British colonial rule in India, and she herself while a college student was arrested in the 1980s in anti-apartheid protests. The 45-year-old Dayaneni told India West that “traditions of resistance—between African Americans and Indians—are linked throughout history. Satyagraha in the Indian independence movement and civil disobedience in the civil rights movement are sister strategies for freedom.”

Despite historical links to the American civil rights movement and the Indian independence movement, civil disobedience now also occurs in venues quite different from chaining oneself to police stations or staging die-ins on major thoroughfares. “Where activists once put their physical bodies on the line to fight for their causes, online activists can engage in digitally-based acts of civil disobedience from their keyboards,” according to Molly Sauter, author of The Coming Swarm: DDOS Actions, Hacktivism, and Civil Disobedience on the Internet. “There are three major lines along which digitally-based civil disobedience is developing: disruption, information distribution, and infrastructure.”

Civil disobedience on highways or on the Internet comes at a cost—possible detention and arrest by public authorities. That cannot be ignored, but there are some times when the governors of state and local legal processes exercise rational judgment and avoid pursuing judicial remedies for civil disobedience. For example, last month at a board of supervisors hearing in San Mateo County, 13 people calling for higher wages for home healthcare workers were arrested for refusing to leave the meeting. This month, the district attorney, Steve Wagstaffe, announced that he wouldn’t file charges against the 13 because the case didn’t merit the expenditure of additional government resources after having spent five or six hours in processing.

Martin Luther King, Jr. and Mohandas Gandhi might well have observed that a predisposition toward willingness to engage in civil disobedience in the face of injustice might be innate, but effective civil disobedience requires training, strategy, and tactics.—Rick Cohen 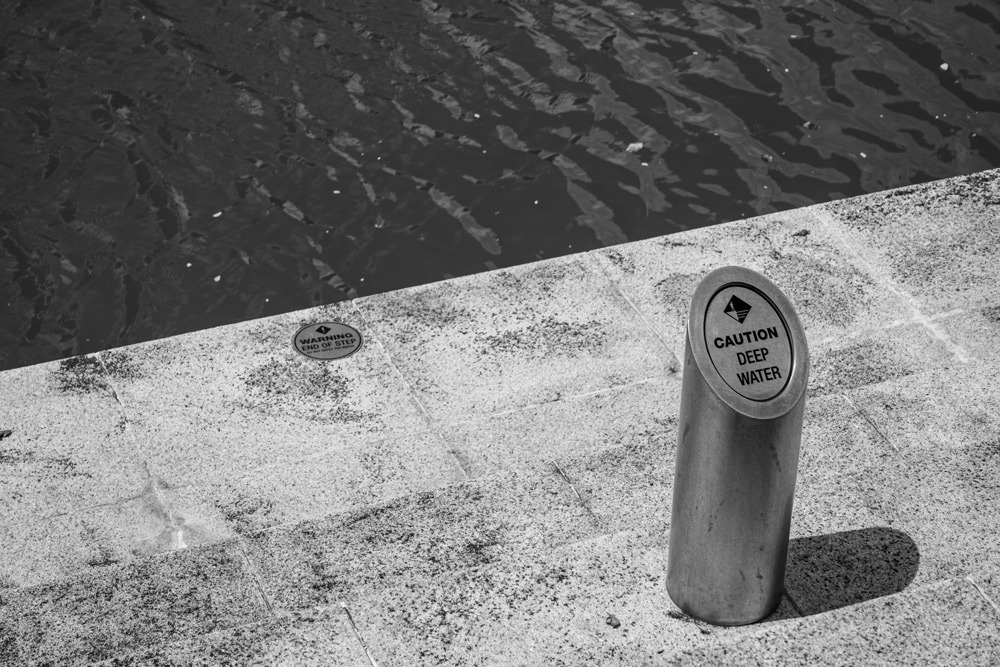