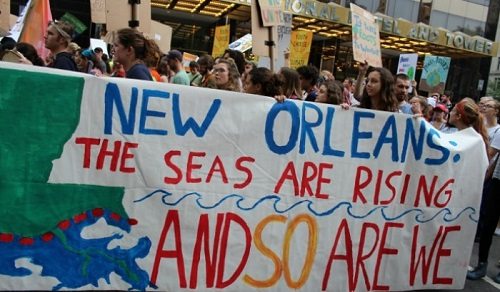 It is almost looking like a movement! Over the course of three consecutive days last week, four large high-tech companies announced that they had already or were about to sever their ties with the American Legislative Exchange Council, the conservative nonprofit organization otherwise known as ALEC.

Although not all of them stated so openly, the actions by Google, Yelp, Yahoo, and Facebook appear to be in response to ALEC’s open battle against any legislation that would have a positive impact on climate change. Microsoft had announced its intent to sever ties with ALEC only a few weeks earlier. Google, the first of the latest exodus, made their move following a letter from several liberal-leaning organizations urging the action based on ALEC’s stance on climate control. In particular, the letter referenced a training program ALEC offered to state-level legislators on ways to block any legislation promoting clean energy. In an interview on NPR, Eric Schmidt, Google Chairman, accused ALEC of lying about climate change.

Yelp and Facebook came next. From their various statements, it appears that these two Internet giants had joined ALEC in the first place as a way of helping to promote their views on net neutrality. ALEC has been a strong supporter of the merger between Time Warner and Comcast. Yahoo was the latest defector from the ALEC ranks, making its announcement only one day later.

As a reminder, ALEC is the highly controversial group that calls itself “the nation’s largest, nonpartisan, individual public-private membership association of state legislators.” One of its stated goals is to fight for sovereign rights of states. The claim of nonpartisanship is a little hard to image given that on its website the first statement in its request for donations is “Don’t let the Left stop ALEC.”

In response to these defections, ALEC sent a letter to Google, signed by more than 100 legislators, trying to clarify its position on climate change. In effect, they argue that ALEC has never denied climate change as a reality. In that letter, they offer a link to model legislation ALEC has drafted which openly acknowledges that human activity may have had had an impact. In one preliminary clause, the legislation reads, “Further, a great deal of scientific uncertainty surrounds the nature of these prospective changes, and the cost of regulation to inhibit such changes may lead to great economic dislocation.” Some would argue that this means that even if humans have caused climate change, the negative impact may not be worth the cost of cleaning it up.

Amid all the furor over the nonprofit status of the NFL (highly covered by NPQ over the past months), there also seems to be a quieter challenge to ALEC’s nonprofit status. As the letter to Google states, it appears that ALEC’s work is very much lobbying on behalf of legislation it considers critical. ALEC is known as the source of several model legislations that emerge from summits it facilitates. In a recent summit, for example, model legislation was drafted that would enable public sector workers to opt out of their union, negotiating their contracts individually.

Given the severe limitations concerning direct promotion of any legislation that are put on organizations with 501(c)(3) status, we begin to wonder where the line in the sand is. Where does lobbying begin and end? Is model legislation worked on with legislators in the room lobbying? Is a training program on how to defeat clean energy legislation lobbying? Perhaps ALEC’s acceptance of a policy of greater transparency in its deliberations would help us understand why the work they do is membership driven, and not lobbying.—Rob Meiksins