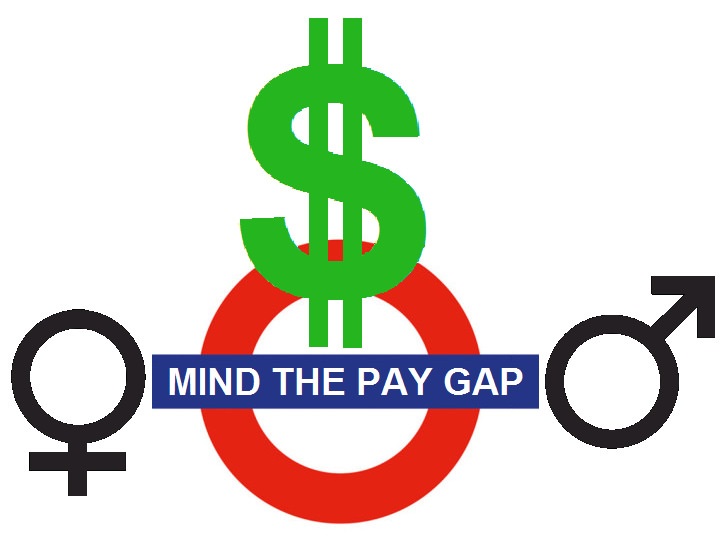 Tuesday, April 12th, 2016, marked the twentieth Equal Pay Day, a public awareness campaign established by the National Committee on Pay Equity. The unofficial holiday reminds us of the imbalance of wages in the workplace and how disproportionate pay is between women and men workers. The date is symbolic, representing how far into the year women have to work to make what men did the year prior. For certain populations of women, like Native American, Latina, and African American women, the “holiday” actually doesn’t take place until much later in the year, illustrating an even more severe disparity in wages.

In the United States, a woman makes 79 cents for every dollar a man makes, a figure based on uncontrolled variables like title and education. It is not that women don’t do the same work that would earn them an equal dollar amount; indeed, in some cases their job descriptions are exactly the same. When accounting for men and women in the same position, the gender pay gap settles at 2.7 percent, an amount that some don’t think is worth much attention, let alone deserving of its own day.

Alas, many industries don’t follow the logic of “equal work deserves equal pay.” However, according to an article this week in the Wall Street Journal, a few heavy-hitting technology companies are shaking things up by disclosing their pay scales, publicly stating that they are mindful of the gender wage gap and they are working to it erase it altogether. Thanks to influence from Boston-based investment firm Arjuna Capital, Facebook and Microsoft are the two most recent players in the tech field to offer full transparency of their pay data. Others, including Apple, Amazon, and Intel, have already responded to pressure from Arjuna Capital, revealing that they are either less than a few percentage points away from closing their pay gap or have already completely closed it.

Transparency is a critical component in the movement to establish pay equity in the workplace, a movement that has for the most part been relatively motionless in recent years.

Tech companies play a particularly important role in the gender pay gap discussion because of the industry’s desire to attract more diverse human capital, like women. It has been shown that increased diversity is a launch pad for enhanced innovation, something from which the tech industry stands to largely benefit. While increased innovation is an underlying factor in a company’s earnings statement, studies show that closing the gender pay gap across all industries would in fact initiate quite the economic boom—a boom valued at $4.3 trillion, as covered last week in NPQ.

The American Association of University Women (AAUW) reports that there is a pay gap in nearly every line of work. According to AAUW’s 2016 spring publication, The Simple Truth, gender segregation in occupational fields is a significant contributor to the wage problem. For example, in 2014, nearly half of all full-time employed women worked in what are classified as traditionally female-oriented jobs, such as social work, nursing, and teaching. Occupations in the tech industry, like engineering and computer programming, are still in the majority populated by men.

While technology companies have been quicker than others to address gender discrepancies in wages, some reports suggest that for the most part the industry hasn’t had as far to go in achieving pay parity when compared to other fields. Recent PayScale data shows that in tech, where female workers are hard to come by, the gender pay gap is inching closer to zero, sitting at 1.4 percent; however, the more senior the tech position is, the greater the gap tends to expand, up to as much as six percent, according to the data. Could the narrowing wage gap be associated with yet another gender disparity, that there is a lack of women in tech to pay in the first place?

The meager number of women in the tech workforce is certainly not correlated to the industry’s lack for growth potential. In fact, last year, NPQ shared with readers the conjecture that by 2020, the U.S. would see 1.4 million computing-related jobs, but that of those, less than three percent would be held by women. While some tech companies portray a gender-diverse tech workforce, much of it tends to be smoke and mirrors. For example, Google has publicized in the past its 30 percent population of female employees. Taking a closer look at the figure, one would see that women in tech-related positions account for only 17 percent. Facebook and Twitter don’t have praiseworthy numbers to boast either, employing just 15 and 10 percent of women in tech, respectively.

Given the public’s perception of the way tech companies, namely those in tech-hub Silicon Valley, treat their female employees, it’s easy to understand why some women diverge onto a different career path or choose not to enter the tech field at all; perhaps earning less than a man who doesn’t discriminate against you is a softer blow than the alternative. Take the infamous gender discrimination case between Ellen Pao and Kleiner Perkins Caulfield & Byers, a venture capital firm and investor in many high-tech projects. As NPQ detailed this time last year, Pao, a former partner at the firm, filed a lawsuit alleging that she suffered gender discrimination from her male superiors and subsequently faced even more personal attacks when she voiced her concerns about the treatment. Although Pao lost her case and ultimately decided not to file an appeal, the dispute not only blanketed the tech industry with an unfriendly reputation, it also created a sort of domino effect. Soon after the trial, female workers from Facebook and Twitter filed their own gender discrimination lawsuits. After her loss in court, Pao offered women who may be experiencing similar discrimination with a few words of advice: “What I’d tell any woman struggling in a male-dominated work culture is: Do not give up. You are not alone. When you are thinking about a school, job, or role somewhere, and it doesn’t look right to you, trust your gut.”

For the sake of a balanced perspective, it’s worth noting that of course not all in the tech industry are riddled with gender-biased practices. Some of the very aforementioned companies are becoming increasingly transparent, assuring the public that they are taking steps to increase their female tech workforce, and like the Wall Street Journal article describes, bridge the gender pay gap even if throwing money at the issue is a seemingly easier solution than attempting to remedy the broader-scale diversity issue at hand.

While the 2.7 percent gender pay gap, when considering controlled variables, is relatively small, it is still a gap. If dismissed as unimportant, then by default we dismiss the fact that women are grossly underrepresented and discriminated against in many industries dominated by men. The pay gap has little to do with women not maximizing their own opportunities and much to do with the fact that the playing field is altogether uneven. Increasing women’s economic potential is parallel to greater gender equity overall. Both men and women should concern themselves with the issue of gender pay disparity, especially considering closing the gap stands to create a pretty attractive economic, and positive social impact for us all.—Lindsay Walker