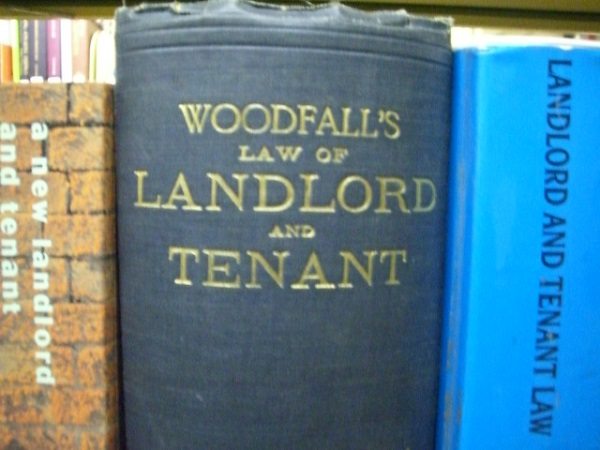 In our experience, the overwhelming majority of nonprofit housing developers are focused on enhancing the livability of the units they rent to low-income families. They go the extra mile to keep rents low and to invest in property upkeep, even to the point of devoting portions of their developers’ fees back toward the costs of operations and maintenance.

Sometimes, however, tenants find themselves at odds with their nonprofit property owners or managers, and the results look like the landlord-tenant issues that often characterize renting in the private market.

According to a report from KTVU in California, two tenant complaints in Berkeley have led to issues regarding the health and safety of apartments rented by the nonprofit Satellite Affordable Housing Associates. In one case, a tenant and her quadriplegic son had to leave her apartment due to a fire in the unit above. Though promised she could move back in two weeks, the tenant ended up in a room at an extended stay hotel for six months, during which her son, who has a weakened immune system, was hospitalized 12 times. She’s suing SAHA for having stuck her and her son in inadequate temporary replacement housing and for SAHA managers allegedly trying to get her to move back into the apartment when conditions still amounted to a “life-threatening situation” for her son. In another SAHA apartment, a malfunctioning furnace filled a tenant’s apartment with soot. The fire department investigated and found other problems.

When contacted by KTVU investigative reporters, SAHA showed workmen making repairs to the apartment afflicted with problems due to the faulty heating system, but acknowledged that its earlier repair efforts, which the city had approved, hadn’t been sufficient.

“We accept responsibility for what happened and we really regret our resident was frustrated by the process,” said SAHA Executive Director Susan Friedland in contrition. “I have to say we could have done a better job communicating with her. I think she lost trust in our ability to correct the situation. […] It is our mission to provide the highest quality service… and when we fall short of that, we really try to take the opportunity to learn about how we can do better.”

Sometimes, the complaints from tenants are legitimate but also understandable due to the age and upkeep challenges of the apartment buildings. In Stamford, Connecticut, for example, the generally well-respected Mutual Housing Association of Southwestern Connecticut owns a seven-story complex that was cited for 40 property maintenance code violations last fall. Tenants and building inspectors describe conditions including dirty and deteriorated hallway walls and carpets, mold growth in bathrooms, ceiling damage due to roof leaks, bouts of no hot water and radiators that don’t work, and more. The interim executive director of Mutual Housing, Martey Rhine, acknowledged the problems and said that they would be remedied this summer with the start of an $8.3 million renovation of the property, during which time the nonprofit will relocate the tenants. It might be a concern that Mutual Housing is recruiting another executive director to replace Nancy Hadley, whose tenure on top of the organization was only a little over two years compared to her predecessor’s 19.

The Tenants Union of Washington State reports that it receives more tenant complaints about the nonprofit Senior Housing Assistance Group than any other senior housing provider in the state—though that could be because SHAG is the state’s largest senior housing developer. But tenant complaints have led SHAG to an “F” rating by the Better Business Bureau of Alaska, Oregon, and Western Washington. SHAG tenants have complained not only about deteriorating maintenance and increasing bug infestation (bedbugs) in some of the units, but also a management style that the Tenants Union describes as “bullying tactics.”

The KING-TV report on SHAG highlighted the nonprofit’s eviction of a 90-year-old tenant—not because of chronic failure to pay the rent, but because she had allegedly failed to cooperate with SHAG’s bedbug eradication policy. The tenant may have signed a lease addendum promulgated by SHAG that puts the onus of insect removal on the tenants, though the addendum has been declared illegal because the responsibility should be the landlord’s. Nonetheless, the 90-year-old woman was evicted anyhow, and when last contacted by KING-TV, was moving from motel to motel, with her possessions locked up in storage. “I think to myself, what does a 90-year-old person do?” the evicted SHAG tenant said. “I’m a good person. I love the Lord and I deserve better. I do.”

It is no doubt difficult to be a nonprofit affordable housing developer and manager given the ever-increasing operating costs involved in often-aging apartment complexes. Most nonprofits engaged in affordable housing management do not treat their tenants like adversaries, but like partners and clients in a shared mission to create, maintain, and protect a dwindling supply of low-income rentals. Hopefully, SAHA, MHA, and SHAG find their paths through these thickets toward improved dynamics with their tenants.—Rick Cohen