Tension on Long Island: One Community’s Response to Xenophobia in the Midst of Toxic National Dialogue 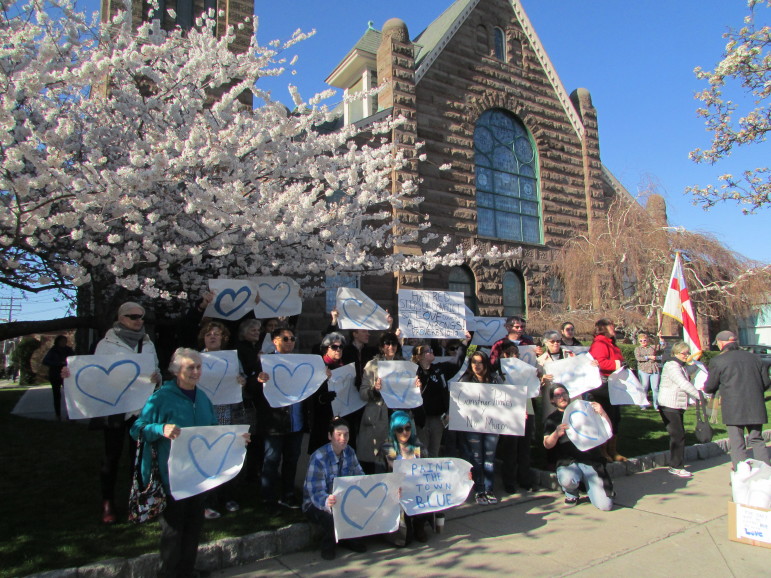 Long Island, New York found itself again at the center of national attention a few weeks ago as presidential candidate Donald Trump made plans to attend a Republican fundraiser in the village of Patchogue, in western Suffolk County, just steps away from where Marcelo Lucero, an Ecuadorean immigrant, was fatally stabbed in 2008 by a gang of seven teenagers who confessed to making sport of committing violence against the Latino community.

The case drew widespread attention and sent shockwaves through the close-knit community, which has spent the eight years since then working hard to overcome racial and ethnic intolerance, despite a county executive (Steve Levy, who has since left office) who initially minimized Lucero’s murder and publicly warned undocumented residents that they’d “better beware.”

Patchogue’s mayor, Paul Pontieri, played a leadership role in helping the village address its worst fears and chart a course for addressing the complex challenges it now confronted. Immediately following the incident, he reached out to staff from the local library and, with them, held meetings with the Latino community to help calm their fears and listen to their concerns. Bringing the local police into the conversations, they worked to build trust and learned along the way that the incident was by no means an isolated one. As he later wrote:

During the following weeks, I visited restaurants, construction sites and walked the streets of our downtown and neighborhoods talking to members of the community, both Latino and Anglo. I assisted in organizing forums in local houses of worship in an attempt to uncover and discuss frustrations in all segments of the village. I went to the site of the murder, which had become a shrine, and talked to the people gathered there.

While these encounters were not always comfortable, I learned a great deal about this tiny village in which I’d grown up and which had almost imperceptibly been changing. For example, I met a Latino man who lived across the street from my mother. I was shocked to learn that he had been there for 23 years. Do we not see them or do they wish not to be seen? My growing belief that leaders have a responsibility to integrate all residents into the community, regardless of immigration status, was underscored.

Pontieri went even further and met with the ambassador to Ecuador. He later visited Marcelo Lucero’s home in Gualaceo, Ecuador, and invited that village’s mayor to visit Patchogue and the Ecuadorian community there. More community meetings followed, resulting in the formation of a unity coalition chaired by the New York State’s Commissioner for Human Rights.

He and other public officials passed a resolution in March 2009 directing the village board to recognize the extent to which terms like “illegal aliens” and “border babies” devalue people and exacerbate feelings of anger and distrust. In 2011, he helped facilitate a workshop featuring segments from the PBS documentary Not in Our Town: Light in the Darkness, which examines the community’s response to the hate crime. As he told his colleagues, “This single act changed how I view and do my job and taught me that local leadership is about integration, not immigration.”

Sister Margaret Smyth echoes that philosophy. She runs the North Fork Spanish Apostolate, an organization offering language and citizenship classes to the Latino community, along with leadership development and advocacy opportunities. She is the go-to for families seeking to reunite with one another, and usually, all it takes is one call from “Sister Margaret” to employers who are not paying their workers to set them on the right course.

“When you leave your country, you leave a little piece of your soul behind,” Smyth said. “Our goal is to integrate, not assimilate, people, so that we can come up with new ways of being together.”

According to the Fiscal Policy Institute, immigrants on Long Island make up a “vital fifth” of the economy. A recent study commissioned by the Hagedorn Foundation shows that roughly 18 percent of Long Island’s 2.9 million people were born outside of the U.S and account for about 20 percent of the region’s $91 billion economic output (the combined earnings from work and business). Half work in white collar jobs, and while family income is $80,000 or more for more than 50 percent of the r