Tepid Progress on Detroit Water Crisis, But Where Are the Big Nonprofit Players? 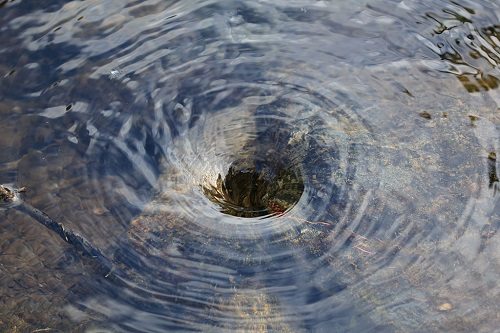 The past few weeks of Detroit’s water crisis should remind all nonprofits about the importance of direct action and social protest. Sometimes it is necessary—and sometimes it works, though the task in Detroit is far from done.

Mayor Mike Duggan held a press conference this week where he suggested that the Water Department’s strategy of turning off running water for residential customers with delinquent bills of as little as $150 “could have been handled in a far more sensitive way.” That’s the understatement of the century, given the Water and Sewerage Department’s deprivation of poor people of a necessity of modern living.

That’s a step, but not quite equitable treatment. The letters are just delinquency notices, not shutoffs like the 1,500 to 3,000 a week that the Water Department is enforcing on residential customers, but it was due to the nonprofit advocates who pointed out the kid-gloves treatment of businesses and got a Water Department response.

In the wake of both the water turnoffs and the notice from the City of Detroit that it is cancelling every possible nonprofit human service and safety net program delivered by nonprofits on city contracts, the state government’s Department of Human Services announced that it is trying to help families who might be losing running water, in part because state law includes a family’s inability to provide running water as potentially indicative of child neglect.

Give credit to Representative Conyers and an array of nonprofits including Food & Water Watch, the Detroit People’s Water Board, the Michigan Welfare Rights Organization, and the Canadian-based Blue Planet Project for bringing this human rights crisis to the attention of the public.

Treading lightly, however, we do have to wonder what happened to the voices of major nonprofits in Detroit or the big foundations that have been so industrious in saving the Detroit Institute of Arts. Maybe they figure that their plates are more than full with continuing their ongoing roles in Detroit’s revitalization plus putting in over $370 million for the DIA/pensions Grand Bargain. Maybe they view the public sector as responsible for the water issue, though the Grand Bargain itself, while using the conversion of the DIA from city-owned to nonprofit, is really a mechanism for helping and capitalizing the pension funds, a public sector role that is unprecedented for a foundation collaborative anywhere.

There’s plenty of room for further action by foundations and nonprofits that may have been sitting on the sidelines so far in the water crisis. Fully half of Detroit Water’s 323,000 accounts are delinquent. The notices to Detroit Water’s industrial and commercial customers are just that—notices, not actions. The $1 million fund to help lower income residential customers, paid for by customers who are paying their bills, is far below the level of residential delinquency. This crisis is hardly over.

The backdrop behind the get-tough position of the Detroit Water and Sewerage Department toward delinquent customers has been the talk of privatizing—meaning selling—the city’s water system. Suddenly enforcing bills on residential customers while letting commercial and industrial customers slide looks like a strategy of making the department more attractive to potential private purchasers, who might see latent profitability in the department’s market of water services to Detroit and 127 other Southeastern Michigan communities and wastewater services to Detroit and 76 other communities in the region. The campaign of Rep. Conyers and the advocacy nonprofits could well use a boost from the region’s and the nation’s foundations and nonprofits.—Rick Cohen