Texas Legislature Tries to Weaken Board Governance at UT-Austin 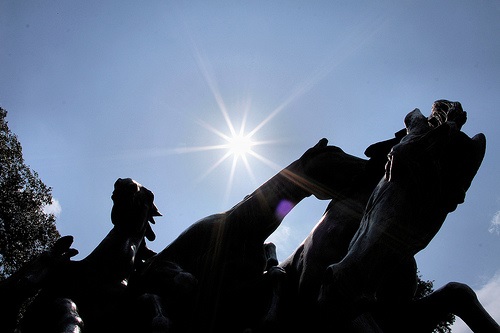 Remember the unusual practice of the president of the University of Texas-Austin to admit applicants who didn’t meet school standards because they happened to have been connected to a trustee or, even better, a Texas state legislator? The UT system acknowledged the practice and said it was basically OK. And remember the reaction of the state legislature to the member of the board of regents, one Wallace Hall, whose own investigation revealed this practice? The state legislature tried to get him kicked off the board, impeached, and otherwise driven out of the position.

The story has continued. We covered it at first because of the role of the trustee, since NPQ pays a lot of attention to the governing responsibilities of board members. So often, we encounter troubled organizations whose boards are comatose or have board members disinclined to look into managerial practices that might be embarrassing or worse. In this case, the board member took his job seriously. He spotted something amiss, dug into records, found he had to resort to freedom-of-information-type requests to get access to the records, and documented findings that warranted public scrutiny. Maybe Hall was a cantankerous odd duck, but he found evidence of a kind of reverse affirmative action program at UT-Austin, a process for helping out some applicants who had connections to “persons of influence.”

No offense to the wise men and women in the Texas state legislature, but there is a real value to people with the courage to dig into the affairs of the organizations they are assigned to cover. As the Dallas Morning News editorial board said, “Wouldn’t it have been great if Enron, Worldcom and Tyco had actually had boards of directors that offered real oversight instead of a parade of rubber stamps, smiles and fat bonuses?” We often ask the same of some of the big nonprofits in this nation that have covered up for an occasional chief executive malefactor. Given the discoveries about the UT-Austin admissions system, it makes no sense for the state legislature to follow the lead of State Senator Kel Seliger (R-Amarillo) to try to reduce the powers of the UT trustees.

Seliger’s bill “stems from Regent Wallace Hall’s efforts to show that UT-Austin President Bill Powers was manipulating certain admissions for political reasons,” the editorial board observed. “That suspicion was confirmed by an independent investigation that never would have happened without Hall’s dogged efforts to collect and comb through admissions records.”

The interesting part of the story is that Hall’s investigations, confirmed by both internal and external audits of the admissions process, have been confirmed for their accuracy, despite the disparaging volleys the man has had to absorb. Sometimes it is quite worthwhile for an institution, a university, a nonprofit, a government agency, to say mea culpa, acknowledge that a practice or policy was wrong, and make amends and corrections. But that isn’t the way of the UT-Austin administration or the state legislature.

“Every single allegation [Hall] has made has been confirmed in full by subsequent investigations, and then some. University President Bill Powers and his legislative pals…needed to take the allegations seriously and act to reform the bad practices,” wrote Jim Schutze for the Dallas Observer. “Instead, every bloody inch of the way they have fought to muzzle Hall, to bring criminal charges against him and now to make it illegal for trustees and directors in the future to ask the same tough questions Hall has asked.”

Perhaps the UT-Austin leadership, Senator Seliger, and the members of the Texas legislature who so desperately want to see Hall exiled and the board of regents disempowered ought to read Governance for a New Era: A Blueprint for Higher Education Trustees, the report of a commission chaired by former Yale president Benno C. Schmidt. Some key parts might resonate with the University of Texas-Austin imbroglio and challenge the state legislature’s distress about an activist trustee like Hall:

Those aren’t the guiding principles of the Texas state legislature however when it comes to the board role at UT-Austin. According to the Dallas Observer’s Schutze, the legislature had two choices in responding to the revelations of Hall:

“One choice: The Legislature could enact tough reforms to guarantee total transparency in the admissions process, including an injunction against legislators themselves ever even trying to get a kid shoehorned into UT based on the kid’s connections rather than merit.

“The other choice: The Legislature could stack the board of regents with its own co-conspirators and pass new laws making it harder for regents like Hall to find out what’s going on.”

The Seliger bill looks like it is heading for door number two. When there is a choice between strengthening board oversight and gutting it, there is no reason to opt for the latter—unless the legislature wants the UT’s backdoor admissions policies favoring the children of the wealthy and the connected to continue.—Rick Cohen