TFA and a River in Egypt: A Crescendo of Criticism Leaves Its Mark in Reduced Recruitment 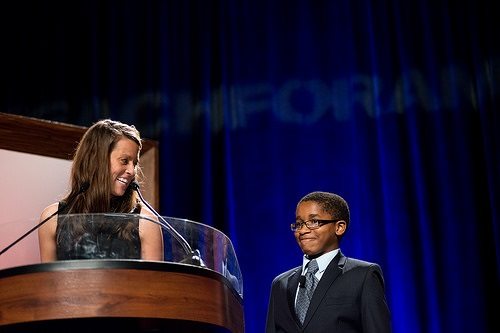 Teach For America recently announced that it has experienced a sudden and relatively precipitous decline in recruitment over the past two years. In fact, its more than 20 percent growth since 2010 has been more than wiped out.

A few days ago in the New York Times, Motoko Rich wrote that the organization’s luster is beginning to wear off for a variety of reasons, including everything from questionable educational outcomes to the displacement of seasoned committed teachers in schools where they are most achingly needed to make space for temporary, inadequately trained TFAers. These criticisms of the organization are easily accessible by the smart students they hope to recruit, of course. In fact, on some campuses, groups of students are actively making noise to discourage students from applying and, as in the case of Harvard University, the administration from allowing TFA recruitment efforts on campus. Haleigh Duncan is a junior at Macalester College who considered applying before she realized that TFA’s supporters were suspect to her:

“As she learned more about the organization, Ms. Duncan lost faith in its short training and grew skeptical of its ties to certain donors, including the Walton Family Foundation, a philanthropic group governed by the family that founded Walmart. She decided she needed to go to a teachers’ college after graduation. ‘I had a little too much confidence in my ability to override my lack of experience through sheer good will,’ she said.”

A comprehensive report by Bellwether Education Partners, a consulting firm, discusses the organization’s self-reports of its response to overwhelming and multifaceted criticism aimed at the organization, which, we remind you, is full of young people and has massive amounts of resources at its disposal. TFA board member Steve Mandel is quoted as saying “the organization has been woefully unprepared in every way to deal with” the criticisms, especially as they were delivered through social media. The report says that when Teach For America’s critics, such as education historian Diane Ravitch, used social media to amplify criticisms, Teach For America was just caught off guard. “We had lost touch with how this younger group of people were engaging with the world,” reports Aimee Eubanks Davis, TFA’s Executive Vice President of People, Community, and Diversity. “That allowed other people to define us and create a narrative about us in the social media space that we were shocked by.”

This is the kind of wide-eyed claim that does not in the least ring true to critics. If it is true, funders should be alarmed. The organization was nimble enough to seek and find every available penny in sight, but it was not capable of looking at and incorporating changes based on common criticisms or figuring out how to use social media? It’s more likely that a self-perception that the organization was too big and too connected to fail probably infected the organization from early days.

Historically, Teach For America has shied away from engaging in public debate and avoided responding to critics. “Our public affairs strategy in the past had been to keep our head down, keep focused, that our results will speak for themselves and the critics will go away,” says Villanueva Beard, one of the organization’s new co-directors.

Leaders of the organization continue to deny that the recruitment problem has anything to do with problems in the model itself in the context of the current education reform movement. They now say the issue driving the recruitment decline is that the improved economy presents more job choices to high-achieving college grads. “It’s so different from three years ago, where suddenly you have candidates that may have an offer from Facebook and Wells Fargo and an offer to join the TFA corps, and clearly the money is going to be radically different,” said Lida Jennings, executive director of the L.A. office of TFA.

This, presumably, would tend to prove one of the criticisms, which is that those recruits then were not committed at all but just biding their time until a better deal came along.

The organization has decided that it must put together a rapid response team to answer its critics, but the interactions often seem to fall flat.—Ruth McCambridge