The 2019 Gates Letter: What Surprises Them Scares Us 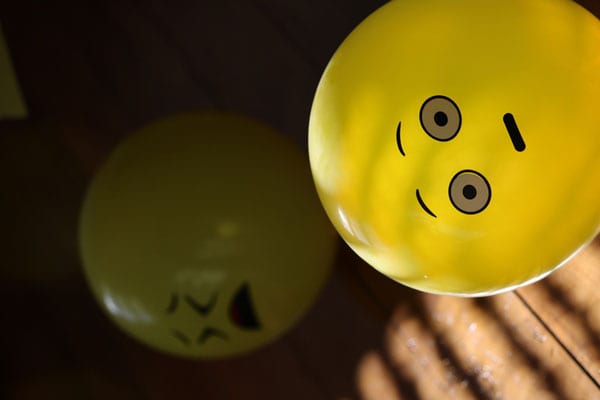 In their annual letter, Bill and Melinda Gates, as they have since 2001, give us the benefit of what they have learned from their work as philanthropists over the past year. This year, they titled their missive, “We Didn’t See This Coming,” letting the world in on things that, despite their great wisdom and experience, blindsided them in 2018.

Each “surprise” is a cause for reflection because, they tell us, “A benefit of surprises is that they’re often a prod to action. It can gnaw at people to realize that the realities of the world don’t match their expectations for it. Some surprises help people see that the status quo needs to change. Some surprises underscore that transformation is happening already.”

What comes as a real surprise in the Gates’s letter is how myopic their vision is and what parts of the “status quo” are not in their frame of reference, especially when one considers the changes behind which they are ready to put their power, influence, and wealth.

Twenty-five years ago, they write, they saw “a world still shaped by inequity. That discovery was one of the most important steps in our journey to philanthropy. We were surprised, then we were outraged, then we were activated.” A quarter of a century later, themes of poverty and inequity continue to underlie their learning, running through many of the surprises they ran into in 2018. However, their interests remain focused on symptoms and not on causes; their proposed solutions ease pain but do not cure the disease.

For example, topping their list was their learning that Africa’s population is getting younger while the rest of the world is getting older. However, Bill and Melinda see this as part of the solution, not the problem: “If sub-Saharan Africa commits to investing in its young people, the region could double its share of the global labor force by 2050, unlocking a better life for hundreds of millions of people.” While they were shocked into action by inequity, 25 years later there is still no need to deal with the messy issues of concentrated wealth, globalization, corruption, and the legacy of colonization and racism on a continent that could serve as the exemplar for world inequity.

Climate change also made their list of surprises, with some recognition that the problem is real and serious. Bill Gates calls out five areas—he calls them “grand challenges”—where near-zero emissions levels will be required: “agriculture, electricity, manufacturing, transportation, and buildings.” The problem will, he says, be solved by coming technology, and “It would help if media coverage matched the breadth of the problem. Solar panels are great, but we should be hearing about trucks, cement, and cow farts, too.” Not a word, though, about the need for policy change and the difficult social dislocations that we must live through to change the course of a decaying world.

They also learned this year that mobile technology is more critical than policy and effective government action. Women, who face both poverty and disempowerment, need cellphones to lift them up.

If you’re expected to do all the cooking, cleaning, and child-rearing, your income potential improves dramatically as you gain opportunities to connect with customers, trainings, and professional organizations—all from your home…mobile technology creates new opportunities to fight inequity…We can help women seize these opportunities by ensuring that inequity doesn’t keep them from having access to technology in the first place.

The Gateses’ letter was published just days after the release of Oxfam’s newest wealth report, “An Economy for the 99 Percent,” after the convening of the World Economic Forum in in Davos, Switzerland. According to their data, “Despite world leaders signing up to a global goal to reduce inequality, the gap between the rich and the rest has widened…New research by economist Thomas Piketty shows that over the last 30 years the growth in the incomes of the bottom 50 percent has been zero, whereas incomes of the top 1 percent have grown 300 percent.”

Dutch Historian Rutger Bergman was surprised enough by the reality behind Oxfam’s data to point out, as NPQ highlighted, the hypocrisy of ignoring the real issues underlying poverty and human need. “No one’s talking about the elephant in the room,” Bergman said, “I mean, there’s some great philanthropy, right? But philanthropy is not a substitute for democracy or proper taxation or a good welfare state.”

At the same time, we have seen a growing demand in Washington and in state houses to take on wealth inequality as a matter of public policy. Christopher Ingraham, writing in the Washington Post, summarizes the thinking that is pushing policy proposals forward. “Many economists believe that several decades of relatively low tax rates on top earners have contributed to the skyrocketing income inequality we observe today. As a 2012 Congressional Research Service report noted, the top tax rate cuts of the postwar decades ‘appear to be associated with the increasing concentration of income at the top of the income distribution,’ while having “little association with saving, investment, or productivity growth.’”

We don’t know if the Gates family was surprised, or perhaps even disappointed, that despite committing most of their immense personal fortune to their philanthropic work and leading other wealthy men and women to join them by endorsing the Giving Pledge, more of the world’s riches lie in the hands of fewer people. What we do know is that their 2018 learnings have not brought them to public recognition that they are part of the problem.

The Gates Foundation does much good, and it may be the model other philanthropists seek to emulate. But their myopia is self-serving and threatening. As Anand Giridharadas points out in Winners Take All…

They favor the use of the private sector and its charitable spoils, the market way of looking at things, and the bypassing of government. They reflect a highly influential view that the winners of an unjust status quo—and the tools and mentalities and values that helped them win—are the secret to redressing the injustices. Those at greatest risk of being resented in an age of inequality are thereby recast as our saviors from an age of inequality.

A recent report about the Gateses’ pushback to critics of billionaire philanthropy reveals how self-reinforcing the philanthropic environment remains:

The Gateses said they enjoy being a resource and host philanthropists every week at their sprawling Seattle-based foundation to share lessons from their successes and failures. They have offered guidance to a range of organizations, from the Chan Zuckerberg Initiative funded by Facebook CEO Mark Zuckerberg to the Stand Together nonprofit backed by conservative industrialist Charles Koch.

That role has allowed the Gateses to position themselves to influence wealthy peers. For philanthropists who work outside their agenda, they usually offer advice about overall organizational strategy and how to measure impact.

“The beauty of philanthropy is its diversity,” Bill Gates says.

Perhaps next year, the Gateses’ annual letter will be about what they learned about themselves and the conditions that allowed them to become the people of influence they are today. In this “aha!” moment, they’ll come to understand they are very much a symptom of the problem that they set out 25 years ago to solve.—Martin Levine