The American Electoral Auction: This Has to Stop! 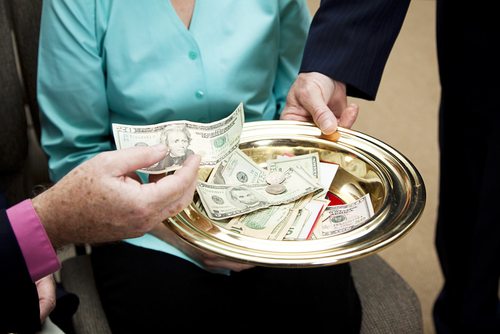 This is clearly the election of the one percent. For all of us donating $5 or $10 or $25 to campaigns, 501(c)(4)s, and PACs, we’re outmuscled from the get-go by megadonors. USA TODAY reports that “super-wealthy” donors contributed one-fifth of the $644 million raised by super PACs through mid-October. Make sure you’re sitting when you read this: Casino mogul Sheldon Adelson and his wife, Miriam, have given more than $52 million to conservative campaign outfits this election cycle, including $15.2 million in the first 12 days of October alone. The Adelsons’ total contributions so far are more than double the $24 million given by George Soros, the previous individual donation record-holder, in the 2004 election.

Within the $644 million raised by super PACs, five individuals or couples have donated at least $10 million apiece. The only Democratic contributor in the top five has been Fred Eychaner, a Chicago media executive who has given $12.25 million. There are at least 131 individuals or couples who have given at least $1 million to Super PACs. With donors this big, one-fourth of super PACs relied on three or fewer donors, reflecting a desire of some big donors to create and run their own super PACs. USA TODAY notes that the latest in that category is New York City Mayor Michael Bloomberg, ranking tenth on the list of the wealthiest people in the United States, who just created the Independence USA PAC and plans to invest as much as $15 million to support moderate congressional candidates.

Steve Mostyn, a Houston personal injury lawyer, who has given $3 million to the Priorities USA Action PAC supporting President Obama’s reelection (not including an extra $1 million his wife and law partner, Amber, has donated to another Democratic super PAC), explained one of the side benefits accorded to mega-donors of both parties: “Anybody who gives large amounts of money probably has a louder voice than anyone else.”

These numbers are hard to fathom. The average person cannot imagine what would motivate someone to sink $10 million or $50 million into a political campaign—certainly not without an overt or covert agenda of immediate or long-term influence buying. But what we’re seeing now goes even beyond getting an audience with an office-holder. This election cycle has been an auction for ownership and control over the electoral process. The vast majority of us have only a vote to contribute to the election. For a handful of the one percent, perhaps a sliver of the nation’s superwealthy, they get to take money that could and should be devoted to socially productive purposes—including giving to charitable organizations and religious groups—and wield their wealth like cudgels to demand politicians’ obeisance.

It’s time for the nonprofit sector, which might have some ideas on better uses for $644 million, to stand up and put a stop to the American electoral auction system.—Rick Cohen