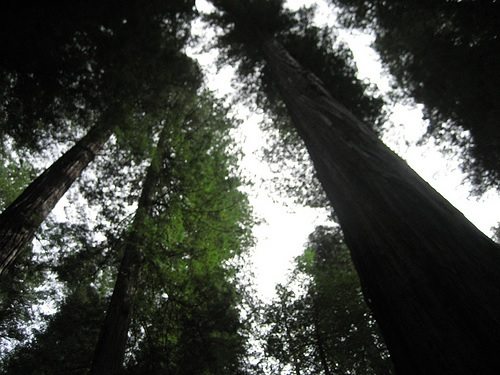 I take exception to Voltaire’s observation that, “History never repeats itself; mankind always does,” but only with the word “always.” And I now agree wholly with my mother who turned to me in anger and said, “If you aren’t going to help, get out of the way!” That was in the 1960s, when I was in high school and she a campaigner for the rights of children and families. My trespass was arguing that taking on “the system” was a waste of her time.

Actually, all fields of human endeavor have an aspect of delusion: philanthropy, business, government, the NGO sector, socialism, capitalism, and all the permutations in between. We all want to play a heroic role in the world, to be more important than the structures of the systems we work within and than human nature will allow us to be. We want it now, within timelines that make sense of and in our lives. Authentic improvement rarely happens this way. So, should we just give up and accept things as they are? I doubt that is what Mr. Schambra intends to communicate—at least, I hope not. But when all paths are presented as incapable of not being fundamentally corrupted, that is the message.

It is not that I do not share Mr. Schambra’s critique of philanthropy; I do, and have often had people in philanthropy become apoplectic with me because of it. As I look back, I too have often overgeneralized and promoted blaming over understanding and learning. These days, I am much more interested in either helping or getting out of the way than in bomb throwing.

Mr. Schambra’s criticism is important, although the comments he made could use more depth. With 80,000-odd foundations now in America, a wide range of social, historical, and cultural influences have been added to the technocratic influences of the early foundations, yet it takes only a second to realize that technocracy is the guiding influence on and choice of many of the largest foundations. I have a pet theory that this is because they are too large and, as Mr. Schambra points out, operating within a “hall of mirrors” to observe the effectiveness of people working in community; certainly, to understand this both simple and complex human endeavor’s preeminent role in securing democracy. As J.R.R. Tolkien observed about dragons, they are too far away and therefore mythical.

The effectiveness of working close to the ground, where citizens identify their competing interests in common resources and then negotiate tangible solutions has been demonstrated in thousands of case studies. In fact, when compared to favoring government regulation or privatization it has proven to be the most consistently effective approach. Elinor Ostrom and her team evaluated over five thousand case studies before beginning to formulate the theoretical framework behind her book, Governing the Commons, which earned her the Nobel Prize in Economics in 2009. Many thousands more studies have since been done around the globe.

Where is philanthropy in these case examples? Typically not to be found. It takes a certain risk tolerance to support people coming together over everyday disagreements and competition for common resources and to stay out of their way as they negotiate answers and actions. What if our board does not agree with the solutions chosen? What if we do not agree? What if our useful role is simple and humble, not earthshaking and heroic? It’s easy to overgeneralize philanthropy’s absence, and there certainly are some exceptional examples of good philanthropic work in this regard, such as in Denver, Tacoma, and Kenya. I am sure there are many other examples that I simply do not know about, but regardless, there should be more. Some of us irrational optimists are working on it.

Mr. Schambra’s comments about the Humboldt Area Foundation experience, captured in the Kettering Occasional Paper Philanthropy and the Regeneration of Community Democracy, were mildly perceptive and a lot just plain wrong. I suspect he only breezed through the beginning of the paper and did not read it all. Not that this is unusual. Perceptive but misconstrued critiques generally happen when an example is employed gratuitously to make a point, not having been read with authentic interest. We used the timber wars example precisely because it is compelling and relatively easy to follow, unlike, as Mr. Schambra pointed out, many day-to-day community dynamics.

The report also contains less dramatic examples than the timber wars, and there are many others not in the report that did not begin with a highly divisive community issue. I have yet to see any of the long dry spells that Mr. Schambra refers to. I suspect that he is too far away himself to observe the normal tensions and creativity of community life, with or without philanthropy. If you want to see people working in a community who do not get paid to do so, are not of the professional classes, and do not get a blast out of participating but do so because they have hope that they can improve their circumstances, come on out. Are the examples—“parochial,” as Mr. Schambra claims— really only a product of isolated redwood communities, or does the work we call community democracy happen elsewhere? We have a growing number of both urban and rural examples, and suspect that there are many more.

The paper’s editor, Anne Focke, also observed, “A key part of the story that we neglected to tell was what happened inside the room where people came together.” Who was there, how did they get there, why did they stay for such a long time and develop trust across such divergent backgrounds and values? Mr. Schambra’s response reminds me how easy it is to fill in a blank with our own experience. I came into the story late and, like his, my knowledge is second-hand. But having visited and talked to people there, I am pretty clear that sessions were grittier and more tense than the picture he draws of ‘New Class professionals’ congenially engaged in deep conversation and wrapping up with a nice glass of Chardonnay.”

Much of the money that philanthropy spends on “systems change” would be better spent on good community work, like the East Side Riders, or on feeding children. There is an undue bias against “charity” in philanthropy. However, if philanthropy can get over itself and have the discipline to learn the practice necessary to militate against the pitfalls faced by the field, it can also play a foundational role in a thriving democracy.

Peter H. Pennekamp is a research fellow at the Community Democracy Workshop.