“The Burden of Extreme Wealth” a Factor for Giving Pledge Signers? 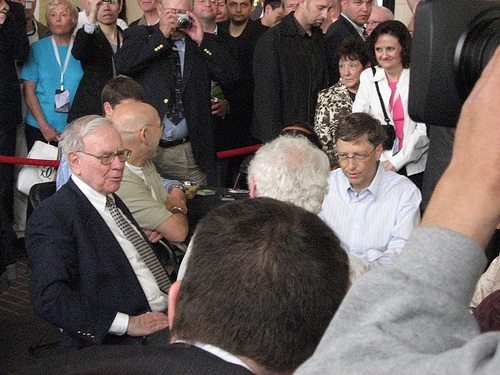 The Giving Pledge, the initiative launched by Bill Gates and Warren Buffett to engage some of the world’s wealthiest people in large-scale philanthropy, has gone global. Though it started out as an American phenomenon, the Giving Pledge, which commits its signatories to putting the majority of their wealth into philanthropic coffers, recently added a number of ultra-wealthy new members to its ranks from all over the world, such as India’s Azim Premji. Premji donated 123 billion rupees, or $2.3 billion, to a trust he controls after signing on. One of the most well known new signatories is Virgin Group founder Richard Branson, who is joined by U.K. peers John Caudwell, Christopher Horn, Mo Ibrahim, and David Sainsbury.

Beyond those in the U.K. and the U.S., other recent international pledgees include Andrew and Nicola Forrest (Australia), Hasso Plattner (Germany), Vincent Tan Chee Yioun (Malaysia), Vladimir Potanin (Russia), Patrice and Precious Motsepe (South Africa), and Victor Pinchuk (Ukraine). Each Giving Pledge member is welcome to include a letter with their pledge. Many of these signing statements share similar sentiments. The common theme, if there is one, was echoed, to some degree, by Premji’s assertion that, “[T]hose of us who are privileged to have wealth should contribute significantly to try and create a better world for the millions who are far less privileged.”

However, some of the international Giving Pledge mega-donors expressed motivations that were different in tenor from many of the previous pledgees. For instance, for Russia’s Vladimir Potanin, the decision involved, in part, his desire to shield his children “from the burden of extreme wealth, which may deprive them of any motivation to achieve anything in life on their own.” For Ukraine’s Victor Pinchuk, part of the motivation was to show his countrymen that amassing great wealth can be beneficial for society. According to Pinchuk, “the legacy of communism has made many people more skeptical of the wealthy than in Western countries. I want to convince some of them that successful entrepreneurs and business leaders can be constructive, inventive and active contributors to making everyone’s life better.”

In a 2010 article for Nonprofit Quarterly titled “What Do Donors Want?” Cynthia Gibson and William M. Dietel caution us against ignoring the “essential human elements in what spurs philanthropy” and remind us that, no matter how much outcomes data is desired, it is ultimately “human beings [who] make philanthropic decisions.” Read through the letters that accompany Giving Pledge signatures and you will find that, even when operating on a grand scale, there are hints of those human elements scattered throughout. –Mike Keefe-Feldman