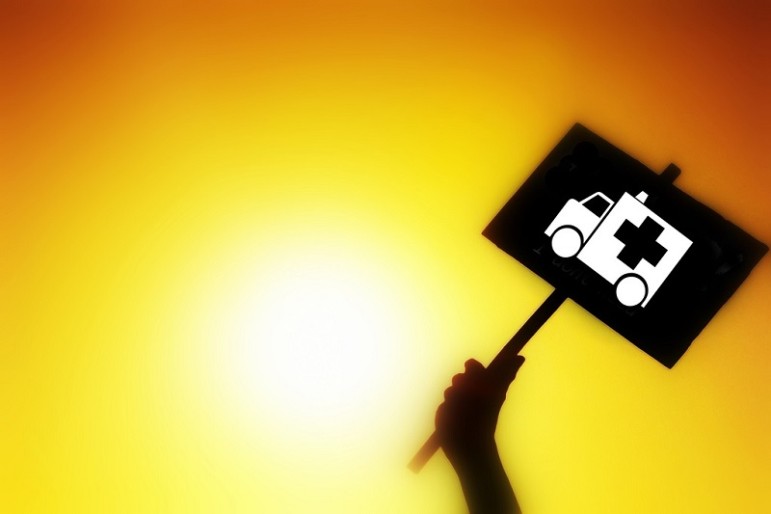 The nonprofit sector must be doing better because our for-profit vendors appear to be scheming about how to relieve us of more of our money, albeit all in the good cause of helping us acquire and keep donors. On Friday, CNBC reported on the growth plans of Blackbaud, which, as most know provides us with such tools as Convio and Raiser’s Edge. As noted in Randall’s CNBC article, Blackbaud’s recent acquisitions specifically address the education and foundation fields, providing end-to-end solutions for nonprofit clients in every market, cementing Blackbaud’s position as the premiere database in the sector.

And then, in a major strategic move in the crowdfunding arena, yesterday, Indiegogo announced the rebranding of its charitable crowdfunding arm, “Indiegogo Life,” to a new platform now called Generosity. Indiegogo’s CEO, Slava Rubin, told the New York Times that going forward, all nonprofit campaigns would now be hosted on the new site.

The intent is being seen as an effort to unseat the current leading platform for personal causes, GoFundMe, which reported in September that it raised $1 billion in donations over the previous 12 months and $1.6 billion since its 2010 launch, according to Forbes. The Forbes article names cause-based campaigns as the “crowdfunding industry’s largest vertical” and said that Indiegogo “has totaled pledges over the course of its nearly seven-year history of about $750 million for projects ranging from personal robots to fitness trackers to disaster area aid.”

Other cause-based platforms referenced by the New York Times in their coverage of the news are YouCaring, GiveForward, and Fundly. These sites are popular for funding memorial tributes, educational projects, and other charitable endeavors. The move, according to VentureBeat, will broaden Indiegogo’s scope “to include nonprofit organizations”; they called the rebranding a “milestone in Indiegogo’s evolution, as it’s the first time it has launched a service outside its main Indiegogo domain.”

According to the New York Times, Generosity is going to be cheaper than other traditional crowdfunding sites. Its parent, Indiegogo, levies a five percent platform fee on money raised through its site, a three percent payment processing charge, and 30 cents per donation. Generosity waives that platform fee, but will deduct processing charges before funds are disbursed. (GoFundMe charges a five percent fee plus additional credit card processing fees.) Aside from the differences in fee structure, “Indiegogo has done away with time limits on Generosity, allowing a campaign to be an open-ended amount of time similar to what is allowed on GoFundMe. Generosity also provides integrations so that users can run their campaigns on their own personal websites.”

GoFundMe’s CEO, Rob Solomon, responded to Forbes in an email that, “In their time of greatest need, people don’t need a cheap platform, they need one that works.” He’s also said, “Indiegogo’s presence has had little impact, with users flocking to GoFundMe to find campaigns.”

Forbes reported that while Indiegogo CEO Slava Rubin declined to address GoFundMe when asked about the company, he did call Indiegogo “the first to offer personal funding and nonprofit funding.”

“We’ve seen the impact that a group of people coming together to support an important social cause can have, and our commitment to support nonprofit and personal funding has literally changed lives for the better,” explained Rubin in an email to Forbes.

Indiegogo launched in 2008 and is often seen as a rival to Kickstarter, a competitor that also funds “creative and entrepreneurial projects.” As the Forbes piece points out, a challenge for the company going forward will be to differentiate between “the kinds of cause-based campaigns that Generosity.com is designed for and those that should be on Indiegogo proper.” Rubin believes, however, that “campaign organizers would choose the right site for their endeavor. Indiegogo has more robust tools for campaign marketing and tracking, while Generosity.com’s interface is stripped-down and simpler.”

According to the New York Times, “Existing Indiegogo Life listings will be transitioned into the new platform, while Generosity is also launching with four new nonprofit campaigns, including Khan Academy Lite, an initiative aimed at bringing Khan Academy education to people without Internet connection, and the Leukemia and Lymphoma Society, which is raising funding for 100 Bay Area blood cancer patients.”

Nonprofits and people fundraising for causes they care about can count on vendors being all over them for a while as giving stats improve. What can we say, except “Be careful out there”—and please share your do’s and don’ts about buying decisions!—Susan Raab and Shannon Anglero

Shannon Anglero is the Development and Public Relations Director for EECM in Pittsburgh, Pennsylvania. With nearly 10 years of development experience, Shannon is in charge of building the strategic funding plan for the agency, diversifying revenue streams, writing grant proposals, building relationships with major donors, building awareness for the agency, and telling the organization's story in a compelling and meaningful way. Along with working in the human service field, she has experience in education and healthcare fundraising. Shannon lives in Pittsburgh with her husband David and two dogs where she enjoys cooking, watching and playing sports, and reading.