The Democratic Function of the 4th Estate: A Defense of New Forms of Journalism 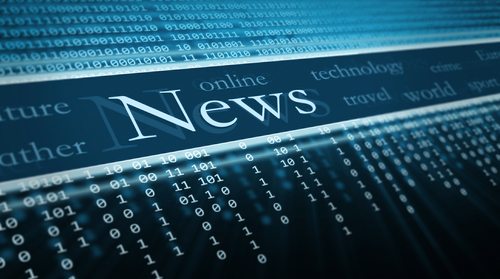 “In this time of vast upheaval in the form and function of journalism, nonprofit newsrooms now find themselves being held to a higher level of scrutiny. It’s coming from for-profit peers suspicious of funders who appear more interested in the democratic function of the Fourth Estate rather than traditional capitalistic consideration.”

So says Kevin Davis in an opinion piece on NetNewsCheck, a website covering the business of local digital media. Davis is the executive director of the Investigative News Network, whose mission is to advance sustainability and excellence in nonprofit investigative and public service journalism.

Davis says that many see such nonprofit news outlets as ProPublica, Kaiser Health News, the Center for Investigative Reporting, Voice of San Diego, and the Texas Tribune as invaluable producers of socially necessary but commercially difficult public service journalism. But he adds that others have publicly questioned the validity and sustainability of the nonprofit news outlets, going so far as to denounce them as illegitimate, impermanent, or shills of the foundations and philanthropists that have invested in them.

Davis asks, “Can mission-driven organizations with limited access to and, therefore limited number of, financial resources legitimately, sustainably and ethically perform the core public accountability functions of the Fourth Estate? Or…is for-profit journalism the only legitimate and logical area for media investment?”

First, Davis admits to being biased in favor of the nonprofit news movement. He previously worked with for-profit news organizations during a 20-year career, and says he has “seen a fair share of stories spiked, advertisers aggrandized and legitimate story ideas suppressed out of fear of rocking the now ever-shakier boat.”

He says that those who question the motives of non-profit news are imposing a double standard, that because of the perceived lack of market-driven economics, nonprofit newsrooms are inherently more prone to manipulation by the people that fund them. But he says that ethics and the elimination of real conflict of interest are legitimate and important issues with which every media outlet should be concerned.

He refutes that and says that “rather than rehashing the accusations within the reports or the veracity of the rebuttals, it is important to note how nonprofit newsrooms…are actively mitigating these inherent risks and trying to avoid the appearance of impropriety in order to be able to produce news and information that is valued and utilized by the audiences and communities that they serve. Editorial independence for a nonprofit news organization is [exemplified by] the freedom of journalists and editors to make decisions without interference and/or direction from any funding source.”

He says that in his experience, nonprofit news outlets have extensive policies on transparency that “apply high journalistic standards for accuracy and fairness and which prevent conflicts of interest that compromise the integrity of the work.” His own organization requires the disclosure of all donors above $1,000 “because we believe that the public has a right to know who is funding the content and draw their own conclusions about the implications that funding may or may not have.”

“By adopting clear and practical editorial independence policies, coupled with an unwavering commitment to transparency,” Davis concludes, “nonprofit newsrooms can avoid the inherent risks in accepting philanthropy to produce the much needed and valued public service and investigative journalism so desperately needed in a free democracy.”—Larry Kaplan