The Discomfort of Talking and Teaching about Structural Racism 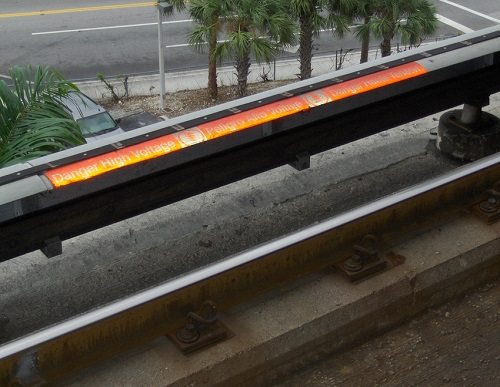 For all of the recent attention and openness to issues of race, have you ever noticed how uncomfortable discussions of race really are for many people? At the Minneapolis Community and Technical College, a full-time adjunct professor teaching mass communications and politics named Shannon Gibney has discovered just how sensitive people can be about the topic. She says she received a letter of reprimand from the college’s administrators after a student complained about her lecture on structural racism and she was directed to meet with the schools’ chief diversity officer in order to receive diversity training.

Gibney says that during the class, a white male student interrupted her lecture on structural racism asking, “Why do we have to talk about this in every class?” Another white male student, she says, added, “It’s like people are trying to say that white men are always the villains, the bad guys. Why do we have to say this?” When the two students appeared to be dissatisfied with her responses (she explained she was talking about institutionalized racism, not individual attitudes), she says she invited them to file a racial harassment complaint.

“Conversations about race, class and power are important and regular parts of many classes at MCTC and have been for years…At MCTC, we believe it is essential for our faculty to actively engage students in respectful discussions in the classroom regardless of topic and to create an atmosphere in which students may ask questions as an important part of the classroom experience. Questions from students in classroom discussions are an essential part of the learning process. We expect that faculty will have the professional skills to lead difficult conversations in their classrooms and will teach in a way that helps students understand issues, even when students feel uncomfortable or disagree with particular ideas. We also expect that students act appropriately in the classroom; a student who does not do so may be subject to removal by the faculty member.”

“Shannon, I find it troubling that the manner in which you led a discussion on the very important topic of structural racism alienated two students who may have been most in need of learning about this subject.

While I believe it was your intention to discuss structural racism generally, it was inappropriate for you to single out white male students in class. Your actions in [targeting] select students based on their race and gender caused them embarrassment and created a hostile learning environment.

For that reason, I have determined that a reprimand is warranted.”

A Salon columnist reports that Gibney and six other professors are filing a class action lawsuit, charging that MCTC is a discriminatory workplace as evidenced by this reprimand and other school administration actions. We don’t know whether the other incidents to be cited in the class action suit plus this one add up to a case of institutional discrimination, but we agree with this columnist from the Minnesota Daily: “I can think of few things more ironic than a small contingent of white male students using an institutional structure to attack a woman of color.”—Rick Cohen