The Effects of a Harder-Line Regulatory Environment for UK Charities 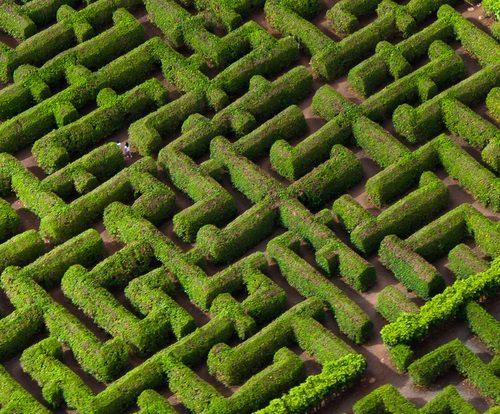 This is the first in a series from Third Sector, a monthly magazine and website that covers the affairs of charities and the voluntary sector in the UK. In this installment, Steven Cook discusses the harder line of the new leadership of the Charity Commission.

The regulatory environment for charities in England and Wales has undergone a sea change since the Conservative-Liberal Democrat coalition government came to power in 2010 (the two other components of the United Kingdom, Scotland and Northern Ireland, have separate regulators and different stories).

One main reason for the change is the swingeing 40 percent cut in the budget of the Charity Commission since the election, which has obliged it to focus its mind, tighten its belt, cut 140 jobs, and concentrate on its core regulatory functions—partly by encouraging other organizations to provide some of the advice it used to offer charities.

Equally important has been the appointment 22 months ago of William Shawcross as chair of the commission. He is a well-known, 67-year-old author and journalist whose books include Allies: Why the West Had to Remove Saddam and the authorized biography of the late Queen Elizabeth, the Queen Mother. Coincidentally, the terms of most of the commission’s board members ended soon after Shawcross took over, and among the new recruits were Peter Clarke, a former head of the anti-terrorist unit in the Metropolitan Police; Gwythian Prins, an academic who has written on military and strategic issues from a hawkish point of view; and Orlando Fraser, a barrister specializing in fraud (and son of the historian and novelist Lady Antonia Fraser.) Few of the new members have extensive experience in the charity sector.

But between them, the new arrivals soon began to ruffle feathers. Shawcross raised questions in speeches about the independence of charities that delivered public services, called for a debate about the definition of charity and referred to face-to-face street fundraising as “a blight on the face of the charity sector.” In an interview, Prins endorsed media criticism of the earnings of charity chief executives, and Clarke, also in an interview, argued for the commission’s investigations into charities suspected of wrongdoing to be tightened up.

All this was taking place against a political backdrop where a small number of Conservative members of parliament were taking every opportunity to criticize some of the larger charities, including Oxfam, Shelter, Save the Children and the Royal Society for the Prevention of Cruelty to Animals. Their complaints, echoed in conservative media such as the Daily Telegraph, the Daily Mail and the Times, were about high salaries, “political” campaigning and, in the case of the RSPCA, bringing prosecutions for infringements of the law against foxhunting. And last year, the government railroaded through a lobbying act which will oblige charities to register as “third party campaigners” if they spend more than set amounts on activities that could be deemed to be in support of political parties or candidates in elections.

Recently the pace of change has been maintained, with a tighter focus on Muslim charities and the civil war in Syria. There has been concern about overland aid convoys to that country being used to transport recruits and money for the anti-Assad fighters opposed by the West. Police confiscated cash from one convoy about to cross the English Channel to France, and it was established that a British man who drove a truck filled with explosives into the gate of prison in Aleppo in February, Abdul Waheed Majeed, had travelled there with the charity Children in Deen. Shawcross said in an interview, “The problem of Islamist extremism is not the most widespread problem we face in terms of abuse of charities, but is potentially the most deadly. And it is, alas, growing.”

In June, the commission announced that it was starting to publish the names of all charities into which it was opening statutory inquiries, which would allow it to freeze bank accounts, seize documents and suspend trustees. Its previous practice was to say nothing about inquiries until they were complete, unless it considered it to be in the public interest to do so. Among the first batch of names, the one that attracted headlines was Muslim Aid, which had referred itself to the commission for what it called “non-compliance with some operational aspects in two field offices.”

Of the 20 recently announced inquiries, five concern Muslim charities, which number only about 2,000 of the 180,000 charities on the commission’s register. Islamic Relief, Muslim Aid and the Muslim Charities Forum recently explained their concerns to Sir Stephen Bubb, head of the charity chief executives body Acevo, who blogged about their perception that Muslim charities were being “targeted in a disproportionate way.”

Bubb relayed this concern to the commission, which insisted there was no bias in its actions and pointed out that it had hosted meetings for charities that work in Syria, joined a national police campaign to protect young people from the dangers of travelling there and issued 10 tips to help Muslims give safely during Ramadan. But relationships remain tense: The Muslim Charities Forum has called for the commission to reverse its policy on announcing inquiries and referred to “the securitization of the charity sector.”

More generally, the pressure continues: a Conservative MP, Conor Burns, recently called on the commission to investigate Oxfam for “highly political advertising” in the form of a tweet suggesting austerity was forcing more people into poverty; charities in receipt of government grants, he said, should be prevented from lobbying. The commission is not investigating Oxfam, but is forging ahead with other measures intended to tighten accountability—proposals to make charities declare in their annual returns how much they spend on fundraising and how much they spend in other countries. And Shawcross did not endear himself to the sector in early July when he suggested charities with incomes above £100K should pay an annual fee for regulation. This has often been discussed, but always hitherto rejected, as a way of boosting the commission’s budget.

One way or another, then, charity regulation looks very different from four years ago, and it is hard to predict where it goes from here. The commission has just recruited a new chief executive, Paula Sussex, whose background is in outsourced IT services to government and who has not yet made any speeches or given any interviews. The opposition Labour party is consulting the sector on what it wants from the commission in future, but there is no general expectation that it will win next May’s general election despite its current lead in the polls. Shawcross, whose successor will have to be approved by the government, is unlikely to stay beyond his three-year term, which ends five months after the election. Perhaps the most certain prospect is that the commission’s truncated budget is not going to rise again any time soon.