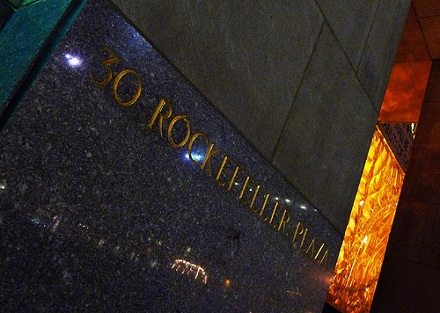 In a recent episode of NBC’s “30 Rock,” the fictional Republican television executive Jack Donaghy meets with his Political Action Committee, “Americans for an American America,” including purported Romney son “Garrett,” to step up campaign efforts. “Garrett” laughs when he says that PACs cannot coordinate with candidates as Donaghy’s team plots ways to raise money to buy the black vote for Romney.

Like Donaghy and Garrett, we also find the notion of a strict firewall between the 501(c)(4)s and PACs on one side and the candidates’ official campaign apparatus on the other implausible at best. FRONTLINE and ProPublica suggest that they have discovered a porous firewall in Montana. FRONTLINE asserts that a 501(c)(4) social welfare organization, the Western Tradition Partnership (now called the American Tradition Partnership), has been closely associated with various political candidates. The Western Tradition Partnership has claimed a mission of fighting “radical environmentalists,” but said it was devoted to public education, not political campaigns.

According to FRONTLINE, Christian LeFer was a “key player” in the Western Tradition Partnership between 2008 and 2010. His wife, Allison LeFer, runs a printing company doing work for political candidates. Bank records show that Allison LeFer, who was supposedly not involved in the Partnership, actually “signed many of the checks,” according to FRONTLINE, that WTP sent out.

Based on boxes of documents that included “files for 23 candidates for state office in Montana” that were found in a Colorado meth house, FRONTLINE and ProPublica report that WTP “seemed to be pulling the strings, working with campaigns on strategy and surveys.” If so, this would be a violation of political campaign finance law. NPQ Newswire readers might remember the Partnership as the group that filed a lawsuit against Montana’s state ban on corporate spending in elections.

Like “30 Rock’s” “Garrett Romney,” we have long found the notion of a lack of coordination between allegedly independent political campaign committees and candidates’ own campaign organizations fanciful at best. The people working for these independent political committees have plenty of connections with people in the official campaigns, often shuttling back and forth in positions between the two. It doesn’t really matter which candidates or which political parties are involved. These players are known and the idea of no coordination is simply unrealistic.

Defenders of the (c)(4)s might argue that the WTP issue is old news, given that it stems from the last election cycle, not this one. That, however, is another problem of this system of campaign finance: the ability to regulate is often after, rather than during, the time when the funds are flowing. In fact, as the NPQ Newswire has noted before, 501(c)(4)s that spend more than half of their moneys for partisan political activities can dissolve after the elections with their principals scattering to the four winds before penalties can be applied and enforced.

Jack Donaghy’s fictional Americans for an American America and Mr. and Ms. LeFer’s Western Tradition Partnership will not be the last independent committees suspected of getting too close to the official campaign apparatus of candidates. Why can’t American jurisprudence deal with campaign finance as straightforwardly as “30 Rock?”—Rick Cohen