The Gun Industry and Nonprofits: The Case for Divestment 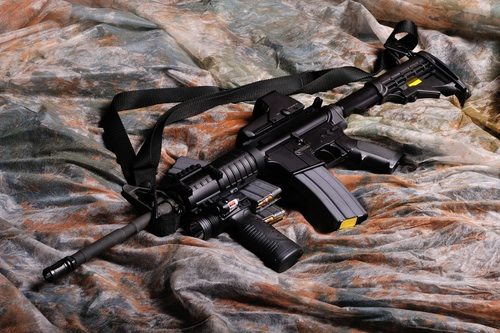 Peter Dreier of Occidental College and Donald Cohen of the Center on Policy Initiatives have a very challenging piece in The Nation arguing for a divestment strategy directed at the manufacturers and retailers of guns and ammunition. The slice of the industry that they are identifying for divestment are the “companies that profit from making and selling military-style weapons and ammo to civilians,” what they call “weapons of mass destruction.” They note that Walmart pulled the Bushmaster AR-15 assault rifle from its website after taking lots of criticism as the nation’s largest seller of guns and ammunition, but the authors note that the chain still stills assault weapons in its stores.

The “weapons of mass destruction” divestment effort seems to have started somewhat organically. Dreier and Cohen explain, as NPQ has previously noted, that not long after the horrible Newtown, Conn., the California State Teachers’ Retirement System and the California Public Employees’ Retirement System decided to get rid of investments in the Freedom Group (which manufactures the Bushmaster) and other manufacturers of military-style assault weapons and guns that are illegal in California.

New York and Massachusetts have also begun to examine their pension funds’ investments in assault weapons manufacturers. In addition, several cities, including Los Angeles, Philadelphia, and Chicago, are looking at divestment strategies. In Chicago, Mayor Rahm Emanuel is calling on banks such as Bank of America and TD Bank to stop lending to gun makers such as Sturm Ruger (which has a $25 million line of credit from BofA) and Smith & Wesson (with a $60 million line of credit from TD Bank).

What about nonprofit divestment from the gun industry? We would guess that, despite the profitability of some gun makers, most nonprofits with any kind of social responsibility element to their investments may have avoided equity investments in the likes of Sturm Ruger, Smith & Wesson, Remington Arms, Mossberg/Maverick Arms, Sig Sauer, Marlin Firearms, and Savage, just to name a few. Nonetheless, a variety of university leaders are calling for their schools’ divestment in the manufacturers of semi-automatic assault weapons and high-capacity magazines. Divestment makes perfect sense given the investment assets held in the nonprofit sector—well north of $600 billion controlled by foundations, $2.8 trillion in non-foundation public charities (reported by over 618,000 public charities that filed 990s)—but it isn’t easy. In fact, such a strategy comes with two distinct challenges.

First, prior to the Newtown tragedy allegedly caused by shooter Adam Lanza, would most nonprofits have known that Cerberus Capital Management had been the owner of the Freedom Group that owned the facility manufacturing Bushmasters? A truly effective divestment campaign would have to target not just the manufacturers, but also the investment groups that often quietly own the merchants of death, the bankers that finance them, and the retailers that provide these weapons to the public. That kind of campaign is going to require a lot of research and analysis to show the web of financial and ownership linkages to the manufacturers and the pressure points in the arms industry that could yield results even if, as we suspect, there aren’t many nonprofit endowments with big holdings in Sturm Ruger.

The second challenge is how to get 618,000 public charities, not to mention other 501(c) tax-exempt entities, to use their combined endowment values to deny the gun industry of a portion of its investment capital. That will be difficult, if only because of the geographically dispersed constituency of nonprofits with positive assets. But for nonprofit institutions such as universities, there is a ready constituency of stakeholders to promote divestment from gun makers, their financiers, and their distributors: college and university students. Much like the university-based campaigns of the 1980s against companies doing business with South Africa’s apartheid regime, success can be anticipated if university endowments withdraw from the gun industry due to the potential mobilization of students. Likewise, the big retirement funds, often headed by state treasurers or comptrollers with political profiles, can also be expected to weigh in.

Yet the engagement of the broader nonprofit sector is crucial. If institutional investors such as foundations, universities, hospitals, and other asset-rich nonprofits withdraw existing investments and stop new investments in the gun industry writ large, it will have an impact. The key is that the gun makers and their retail marketing arms require ongoing infusions of capital. Divestment means denying them of capital, as strong a motivating factor to most corporations as anything else. It means hitting them where it really hurts: their access to the capital markets. Are nonprofits signing on to divestment campaigns addressing the horizontal and vertical dimensions of the gun manufacturers? We’d like to know. We hope that they are. —Rick Cohen