The High Hidden Costs of One Organization’s Fundraising 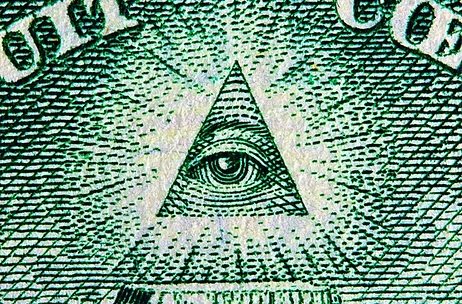 The discussions about how much nonprofit organizations should spend to raise charitable donations never seem to end. Most charitable watchdog groups’ efforts to “rate” the effectiveness of nonprofit organizations include rubrics based on the percentage of the organization’s annual budget devoted to fundraising—in particular, the “cost to raise a dollar.” As NPQ reported about a year ago, however, this is very hard to gauge in a climate where overhead expenses are considered anathema to effectiveness and, therefore, many nonprofits simply hide how much they spend on raising funds.

We all know that direct mail and phone solicitation usually involves a third party, a private fundraising firm hired by the nonprofit, and thus the cost to raise a dollar is extremely high. But there may be other hidden parts to any gift made to such fundraising drives, as illustrated in this story of blatantly high fund raising expenses.

The story concerns about a woman from East Lansing, Michigan who received a direct mail solicitation asking her to make a donation in support of the legal defense fund for a cop from Detroit who was embroiled in a lawsuit. Ms. Jones noticed that the return address was located in Virginia, and started to ask questions. It turns out the appeal was made by Law Enforcement Legal Defense Fund. In its 2011 IRS Form 990, LELDF states its mission is to “conduct research on legal issues, use and publish results of such research; support and engage in litigation safeguarding human & civil rights; to assist similar charitable and educational organizations.” On its website, however, LELDF describes its mission as “to provide assistance to law enforcement officers when it is necessary for them to defend actions taken in the line of duty to enforce the law.”

The analysis of the numbers listed in the Form 990 shows that it costs LELDF 85 cents to raise a dollar, meaning that, of every dollar donated, 15 cents go to support the mission. That’s obviously a very high ratio; in our article cited above, those nonprofits that did report their fundraising costs averaged seven cents to raise a dollar, sending 93 cents to support the mission. LELDF paid $195,000 to David Martin, both its chief staff officer and President of the Board of Directors of this “nonprofit” organization. Another $240,000 was paid to a mailing house, presumably to assemble and mail the kind of direct mail pieces Ms. Jones received, and an additional $175,000 to HSP Direct, a direct mail firm, to create and target fundraising efforts.

A little further investigation shows that HSP Direct is actually a staunchly conservative group, with a mission to help such organizations as Citizens United, Grover Norquist’s Americans for Tax Reform, and others. HSP’s website brags about the work it has done for LELDF, citing a case in which a police officer “was convicted of violating the suspect’s civil rights and is now serving an unfair and politically motivated 10-year sentence.”

Of any money Mrs. Jones might have given, 15 cents might have gone to the cause of the police officer’s defense, while the remainder would also help support a variety of Tea Party-related causes. The moral of this tale? Make sure you know where the money you are donating is going: Is it to the organization and mission you want to support, or is it going to a third-party fundraising firm? If the latter, does the fundraising firm harbor any hidden agendas or support other causes you might not want to give money to?—Rob Meiksins