The Inside Dope on the Komen Step Down 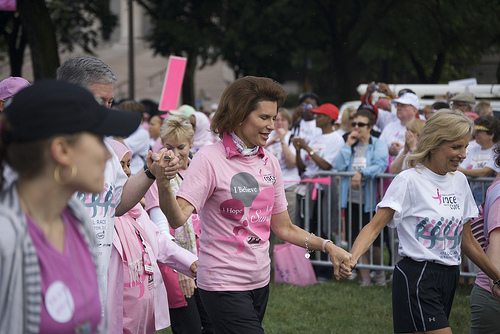 This article from New York Magazine contains some interesting background information, albeit all from unnamed sources, about Susan G. Komen for the Cure’s announcement last week concerning Nancy Brinker’s “pseudo exit” from the organization. At the time, NPQ opined that her “stepping down” from CEO to head of the executive committee was not likely to satisfy those upset by the actions and communications following Komen’s defunding of Planned Parenthood and the subsequent funding reinstatement. This is especially true since the position she will be filling oversees strategy, fundraising and global expansion.

Lea Goldman writes that others in the organization have tried, but failed, to get Brinker to step down and that this latest non-move, disingenuously heralded as a move, has “stoked claims that she is wildly out of touch with her constituency. ‘She’s trying to put it behind her, but what she doesn’t get is that you can’t just decide a crisis is over because you want it over,’ says a Komen official. ‘Every big organization that’s had a major, major scandal like this — the Red Cross, United Way — saw its senior leadership change. That’s just what happens.’”

Goldman cites another insider as saying that Brinker misjudged the degree of support she might be able to count on from conservatives: “I think Nancy expected the right would rise up and come to Komen’s defense after what happened. But they were never Komen supporters…The people writing the checks and doing the races — these were always women on the left. And so she was sort of just twisting in the wind after that.”

Maybe there is an explanation behind all of this communications flat-foodedness in that there was a lack of ken about Komen’s supporters among her close PR advisors, including former Bush White House Press Secretary Ari Fleischer and Brian Hook, who helped Komen select the Herald Group, “an ultra-discreet band of Beltway fixers that counts several ex-Bush appointees among its ranks,” as Komen’s crisis PR team. In any case, the article is interesting, if only as a partial case study. –Ruth McCambridge