The Lives of FIFA Whistleblowers: The Courage and Conviction of Bonita Mersiades 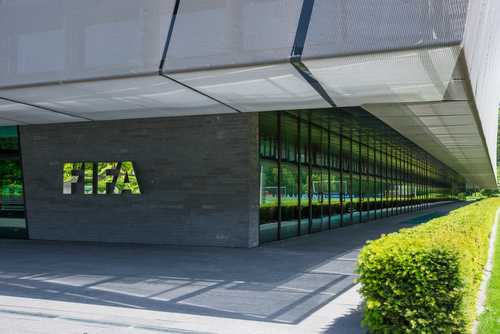 Bonita Mersiades, the Football Federation Australia executive who was one of the whistleblowers on FIFA, visited with Amy Goodman and Juan Gonzalez at Democracy Now! to share her insights into FIFA and the behavior of FIFA president Sepp Blatter—but also to reveal what it really means to be a whistleblower.

Mersiades, who was dismissed from the FFA for Australia’s own plans to spread some money to influence FIFA votes (against Qatar, which eventually won the World Cup hosting privileges), sees Blatter’s resignation-following-election much the way the NPQ Newswire did:

“Mr. Blatter doesn’t have a very good understanding of governance at all…So, it’s hardly surprising that Mr. Blatter would say last Friday that he was the man to lead us all out of all of this, and then four days later he says, ‘Oh, I am going to resign because I don’t have your confidence.’ But at the same time, he’s not going to resign straightaway. It could be four months. It even could be as long as 10 months. And he’s actually going to have—he and his close associates set out a program for reform, a program for reform of which he has been spectacularly unable to implement over 34 years in either the top job or the second top job. […]

“The way FIFA went about doing its business…[is] exactly how—as [U.S. Attorney General] Loretta Lynch described it. And that is that decisions were made on the basis of what went on in back rooms. There were deals. There were counter-deals. There were double deals. There was subterranean behavior. And there was no transparency whatsoever. If the bids had been considered on their merits and on the basis of objective criteria, it is unlikely that Qatar and Russia would have ended up winning 2022 and 2018…And while these issues around FIFA are longstanding and have been going on for decades, there’s no better example than those two decisions.”

For nonprofit readers, her comments on what happened to her as a whistleblower are just as important as her insights into the dungeons-and-dragons world of FIFA and Blatter:

“I was in my job, and I raised my concerns about the reputational risks that Australia ran with its bid, with some of the practices that I could see. And that became very uncomfortable for my employers. And in the end, they decided that I was expendable and that I should go… It is about the whole environment around the bidding process. It was clear that…decisions weren’t made in any sort of transparent manner. It was clear that decisions were going to be made behind closed doors. And so, therefore, the bidding process was never going to be considered on their merits, whether it was Australia’s merits, the U.S.’s merits or whoever. So that was my concern. And it was some of the favors that we were doing for some of those FIFA executives—for example, [Trinidad’s] Jack Warner, [Qatar’s] Mohammed bin Hammam—which were of concern to me…I think the only thing that can happen with FIFA, the only way we can have any confidence in it, going forward, is to get a complete clean broom through it. Having Sepp Blatter in charge for another four months or 10 months or whatever it is, designing a reform program after he’s been spectacularly unable to do so for 34 years, is just not going to work. So, New FIFA Now, which is a group I’m involved with, would like to see an eminent person come in and completely overhaul the organization, everything about it, and basically start again.”

Mersiades is a soccer executive whose life has been dedicated to the sport and is committed to fixing FIFA through continued organizing, as evidenced by the emergence of New FIFA Now. Her speech delivered at a New FIFA Now coalition meeting in Brussels in January, worth quoting at length, explains the challenges facing FIFA’s two whistleblowers and, implicitly, the challenges facing whistleblowers in many contexts:

“On the basis of what we know so far, it seems that the only people who have come out the worse for wear from [U.S. attorney Michael] Garcia’s investigations are those who upset FIFA’s narrative of there being ‘nothing to see.’ In this regard …[Garcia] is almost as much a victim of FIFA’s self-serving decision-making and culture of silence as Phaedra [Al-Majid] and me. Over the five years since I was dumped from the Australian Bid team – because, according to my boss, the trio of international FIFA insiders employed by us as consultants didn’t like the fact that I raised too many questions about what they were up to on our behalf—many people have wondered why I bothered to speak out. Indeed, many in my own country—not elsewhere—have criticized and disparaged me for daring to do so…Funding for development purposes has long been the vehicle by which FIFA officials have bestowed and sought favors of one kind or another. The incumbent President Blatter’s first job at FIFA 40 years ago was as the lone ‘development officer’ allocating grants to member associations…Only recently, Sepp Blatter dipped into FIFA’s reserves to give each of its 209 member associations a Christmas bonus. This isn’t Sepp Blatter’s money: it’s football’s, but it may as well be his in terms of the votes he expects to receive in return in May [when Blatter was re-elected]… Any organization that is not routinely subject to external scrutiny based on full transparency will inevitably become self-serving, arrogant and beholden to no-one except the long-serving privileged and sinecured individuals who control the organization.”

Readers hopefully can grasp the power of Mersiades’ words and the implicit risk she and Phaedra Al-Majid took in blowing the whistle only to have their anonymity blown by FIFA. All too typically in modern society, it takes a brave whistleblower to reveal what everyone seems to know but turn a blind eye to. As Michael Kohn, president of the National Whistleblower Center, noted, the solution to FIFA’s problems, notwithstanding Blatter’s resignation, will need more than Mersiades and Al-Majid: “Don’t expect ‘accountability’ to become a FIFA’s talking point any time soon. In the final analysis, the hope of true reform and accountability will be directly tied to the willingness of whistleblowers to come forward as quickly as possible.”—Rick Cohen