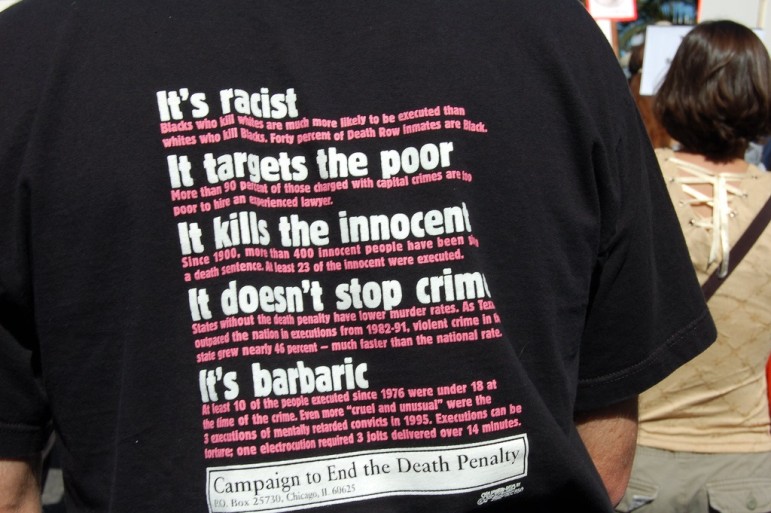 Update: Richard Glossip has been granted a reprieve just hours before his scheduled execution to allow his lawyers to review new evidence.

NPQ has extensively covered developments in U.S. capital punishment through the past several years, including the Supreme Court’s recent decision in Glossip v. Gross this past summer on the constitutionality of the sedative midazolam. The execution of Richard Glossip, one of the defendants named in the 2015 suit challenging Oklahoma’s lethal injection protocol, is scheduled for the afternoon of Wednesday, September 16th. In attendance along with the international media, the Marshall Project will be chronicling every update to his execution, and plans to do so for other executions to come.

As part of its criminal reform mission, the nonprofit Marshall Project, a single-issue news site focused on criminal justice, has been covering the states’ steady reinstatement of capital punishment following a brief moratorium pending the decision in Glossip. This is core mission work for a group like Marshall, which was founded precisely for the purpose of creating a more comprehensive and well-researched body of reporting about criminal justice. The content is meant to keep both policy movers and the public informed in a way that would not otherwise be possible and at a time when reform may be possible.

However, covering the full scope of the death penalty nationwide, even though activity is concentrated in a few states, is a project beyond the facilities or capabilities of the nonprofit. In particular, according to managing editor Gabriel Dance, the leader at the helm of the project, there is a challenge in having up-to-date information about upcoming executions. While other databases exist, such as the Death Penalty Information Center, the data therein are often incomplete or only comprehensively updated after the inmate has been executed.

In its new initiative, The Next To Die, the nonprofit journalism site is teaming up with several local news outlets, like the Houston Chronicle, the Tampa Bay Times, AL.com, the Tulsa Frontier, and the Atlanta Journal-Constitution, in an effort to comprehensively track and document executions that are forthcoming. Instead of recording every story of every inmate on death row, the project is focused only on executions that will be taking place over the course of the next several months. “We know, from being small and working at a lot of places, that no journalism ship has a lot of bandwidth for extra projects right now,” said Dance, explaining the focus behind the project. “We wanted to make sure the ask was reasonable.”

Beyond coordinating the boots-on-the-ground reporting on executions, the underlying idea is to compile a database of information that could prove useful in finding patterns in who exactly is being executed in America.

Perhaps most significantly, the project will follow the inmates throughout the months leading up to their scheduled executions. Normally, the media swoops in just days before an execution to document the inmate’s final hours, then coverage peters out in the aftermath until the next execution. But with a more deliberate and involved effort like this one, leading to the possibility of a constant, sustained stream of coverage, reporters and the public can truly uncover the nuances of the death penalty in America.—Shafaq Hasan