The Money Value of Time: Increasing the Lifeblood of Nonprofit Organizations 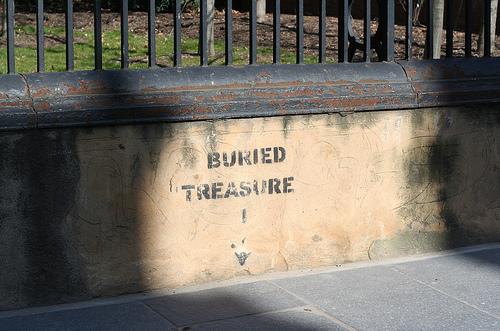 Two months ago, I received a phone call from a nonprofit organization asking me to take a survey regarding my satisfaction with my donation. After a 30-minute dialogue, my conclusion was, “No, I would not donate again due to ineffectiveness. No, I would not recommend this organization to friends…but I would like to.”

Last month, I ended my six-month quest for obtaining the opportunity to meaningfully contribute my time to a nonprofit—unsuccessfully. To be fair, there were some opportunities to play sports with children or serve soup, and one perspective couldargue that my view of these opportunities as not “meaningful” is both insulting and outrageous. The other perspectivewouldargue I would rather volunteer my skills than fill my time—you wouldn’t expect a salesman to build a cable-stayed bridge. Why couldn’t I contribute my skills to the organization, you ask? I don’t have a position of clout in the community, nor $80,000 to contribute annually, of course! Yetcorporations are willing to pay a 24-year old kid a shade under $100,000 annually, expecting only 45 hours of work per week, for that exact same set of skills. Roughly speaking, after the 45-hour obligation is fulfilled, I’m left with over 40 hours of skilled labor to do whatever I want with—weekly.

If there are 315 million people in the United States and the minimum hourly wage is $7.25, then back-of-the-envelope math suggests that one hour contributed from each American yearly would yield the equivalent of $2.2 billion of labor contributed towards the nonprofit sector. Under this same base logic, if every American contributed approximately 100 hours per year, or less than 2 percent of their time spent awake, the two “pies,” money and time, would be equal.Bear in mind that this is minimum wage, not average wage and not value generated. Of course, there are a myriad of assumptions factored into that calculation—too many to list—but it serves to illustrate a point; I could generate my share of the time pie in less than three weeks.

The point is that there is an untapped source of aid that nonprofits seem to be overlooking: time. Should nonprofit organizations cease fundraising? Probably not, but money is useless without time. The beauty of time is that every living soul has it, usually in abundance. It’s a commodity with global accessibility. Even the people of countries or regions with little to no money available for charitable donation have time. There are over 7 billion people in the world.Imagine how many local problems could be solved using local talent if only there were organizations to orchestrate these affairs (Hint: nonprofit organizations). People around the world are already donating some of their time. There is a certain satisfaction realized from contributing in this manner, but I believe all people seek meaningful contribution in their lives. Sometimes, all it takes is a small push in the right direction.

Tyler Stevens works in Treasury at a large-cap company and previously worked in investments and various supply chain roles. He hopes to serve alongside organizations dedicated to economic and infrastructure development in emerging markets.

More about: Featured ContentManagement and LeadershipVoices from the Field