The Nation’s Editor on Social Media and Activism 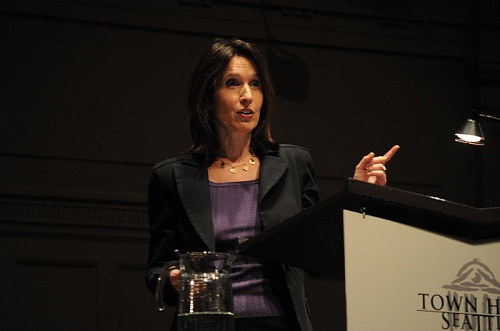 Katrina vanden Heuvel, editor and publisher of the Nation, spoke with Folio on the importance of creating dialogue on social media. Founded in 1865, the Nation is the oldest continuously published journal in the U.S., but the organization has evolved into an online activism outlet through technology and social media engagement. The Nation’s Facebook page has just under 60,000 likes, and in 2010, the magazine received a “Shorty Award” in Politics for its Twitter feed. The Nation has also taken advantage of the community platform Ning as an engagement tool to build their “Nation Builders” donor community.

Vanden Heuvel described how social networking has helped the Nation learn about their audience: “In the context of our brand, our audience uses social a few ways. We see our content shared to persuade friends and family and educate them about issues; we see articles and commentary shared to inspire and encourage action; we know readers appreciate our perspective on sports and pop culture, which they see as being covering from a very unique viewpoint. And we know from our research and understanding of our audience that Nation readers use social media as a way to be engaged in politics and social change.”

To address their audience’s needs and interests, the Nation has launched a NationAction Twitter feed, which will focus on issues surrounding activism. The Twitter account has just under 500 followers and highlights “action calls” to officials and politicians — some of the Nation’s most popular online features, according to vanden Heuvel. The Nation has also created an activism page, which will house conversations around political action.

Using social media to generate dialogue with supporters is becoming increasingly important to nonprofits and activism groups. How is your nonprofit keeping your audience engaged? –Aine Creedon