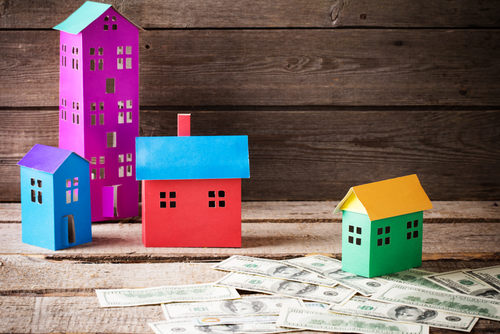 Back in 2008, Congress created a National Housing Trust Fund meant to be funded by dedicated revenues outside the current appropriations process from government-sponsored enterprises such as Fannie Mae and Freddie Mac. Unfortunately, a few months after the legislation was passed, Fannie and Freddie went into financial free-fall along with much of the economy, resulting in a suspension of potential GSE contributions. This means that since the National Housing Trust Fund was created, it has had no money.

Obviously, funding exists that could be redirected toward the trust fund. Fannie and Freddie are making money again, and as of the end of 2014, the two GSEs began setting aside money for the Trust Fund (from a 4.2 basis point assessment on Fannie and Freddie business volumes). However, the House of Representatives has passed a transportation and housing budget with the all-too-telling acronym of “THUD” that takes the money that would have gone to the NHTF and uses it to cover the shortfall in the HOME program—that Congress has created through repeated budget cuts.

It is a bit of a shell game. The House has cut the HOME program and now wants to make up some of what they cut from the program by killing the trust fund. The losers in this deal would be the nation’s poor, who find themselves increasingly shut out of the housing market unless they want to assume excessive housing cost burdens. “We have a broken market that doesn’t work to produce housing that extremely low-income people can afford to rent, period,” says Barbara Sard of the Center on Budget Policy and Priorities. “It just does not happen without subsidies of some sort.”

The legislation that created the National Housing Trust Fund still stands, with the requirement that Fannie and Freddie dollars would go to it when the two GSEs were back to earning healthy revenues. So if the Republican budget fails, the Fannie and Freddie money would continue to the Housing Trust Fund, which could amount to as much as $133 million for Fiscal Year 2016.

The Obama administration is on record against the current House budget that cuts $130 million from the HOME program and directs the NHTF resources to cover some of the loss. Senate Democrats who agree with the administration note that the NHTF is meant to be new money specifically addressing extremely low-income rental housing. HOME funds have a broader purpose and are not meant to replace other housing funds in the regular appropriations process.

The National Low Income Housing Coalition under Sheila Crowley has long been the stalwart advocate for the National Housing Trust Fund, producing excellent status updates, technical reviews of the draft regulations, and explanatory fact sheets and PowerPoint slide decks. The information is out there, but the need will be for other anti-poverty advocacy groups to line up behind the Coalition in protecting the National Housing Trust Fund from “effective elimination,” which is what the House plan to redirect funds to HOME would be, and to prevent the $130 million cut in the HOME budget itself.

As described by Stephen Schneck in U.S. Catholic’s blog, “It’s down to the wire and not enough people are paying attention.” The U.S. Conference of Catholic Bishops has called on Catholics around the nation to lobby Congress on this issue. According to the Bishops’ action alert, this is a time when “we should be increasing our support for programs like the Trust Fund, not eliminating it.”

Schneck writes, “Having a home gives roots to human dignity. A home makes family and community possible. A home is a morally necessary condition for human life. If, as Catholics, we are really concerned with defending human life in all of its stages, if we are really concerned about what’s happening to families, about what’s happening to community, then we need to join our voices with those of our bishops in saying that it is a human right to have a home. Let’s pray that Congress listens.” Congress will listen, but only if the voices in favor of National Housing Trust Fund funding are organized, loud, and insistent—and do so now.—Rick Cohen