The Occupy Card: Is It Worth It? 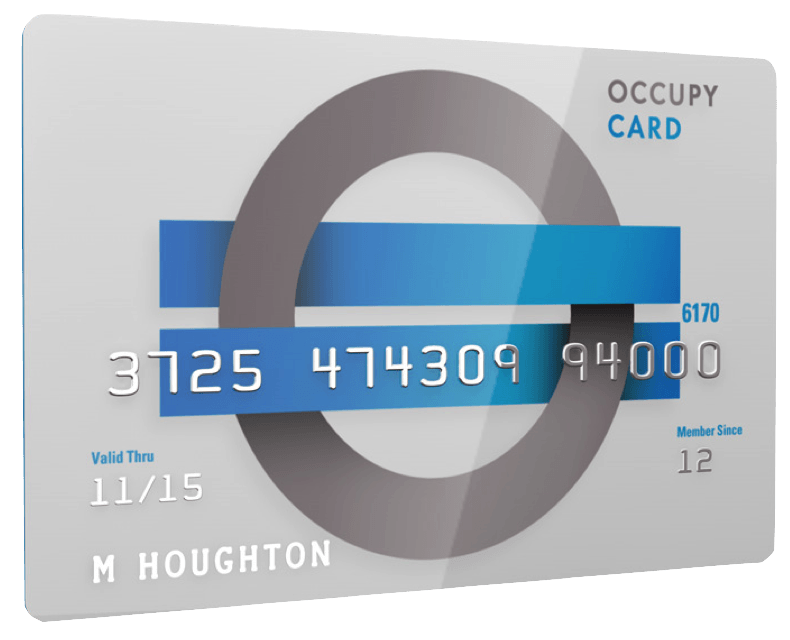 For most people—dare we say 99 percent of them?—the best way to handle day-to-day financial transactions at a low cost is through a free checking account, of the sort offered by 38 percent of banks and 72 percent of credit unions. However, there are those for whom such an account is not a viable option, whether by choice or circumstance. To meet their needs, the Occupy Money Collective is developing what they see as a solution: the Occupy Card, a prepaid debit card to “tackle the concerns of the unbanked and the underbanked.”

According to the website, the Occupy Card (the first of what the Occupy Money Collective says will be a number of low-cost financial services) will provide the usual benefits of a prepaid debit card: access to online shopping, a “virtual checkbook,” and the ability to pay bills without the costs or minimum balances associated with a checking account. In addition, the Occupy Card offers a transparent fee structure (complete with tips as to how to avoid being charged further fees) and told CNN Money that, “every cardholder will become a member of the cooperative, meaning they will share in any profits and help make strategic decisions about the group.”

However, just because the card bears the name of an activist group sensitive to the needs of the financially strapped doesn’t mean that it’s free of the many usage charges common to prepaid debit cards. As cited in the Wall Street Journal, “The card’s fees include a monthly fee of 99 cents, 99 cents for an ATM balance inquiry (although it’s free to view online), $1.99 fee to purchase a second card and $9.95 to replace a lost card. There’s no purchase fee, but other charges include $4.95 to add money to the card, imposed by third-party services at retailers like Wal-Mart, 7-Eleven or CVS, and $2.80 to add money from a credit or debit card.”

Ben Woolsey, director of marketing and consumer research at credit card-comparison site CreditCards.com, thinks these are reasonable transaction costs. “The only other prepaid debit product in the market with that kind of customer-friendly pricing structure is the American Express Bluebird prepaid card. It’s not fee-less, but it’s definitely a lot cheaper than some of the alternatives.” In contrast, Anisha Sekar, vice president of credit and debit cards at personal finance site NerdWallet, points out that this adds up to about $250 in fees for the average user. “It’s not the worst card out there,” Sekar concedes, “but now that we have banks taking advantage of scale and offering such low-cost cards, it’s hard to make a case for the Occupy card.”

In the end, even Occupy Money Collective board member Carne Ross says that the Occupy Card is no guaranteed success. “Either we’ll do amazingly well or it won’t take off.” The Collective has set a fundraising goal of $900,000 to launch the card. At the end of Sunday night, they had raised a little over $7200.—Jason Schneiderman