The Occupy Movement and “Tiny Houses” in Madison 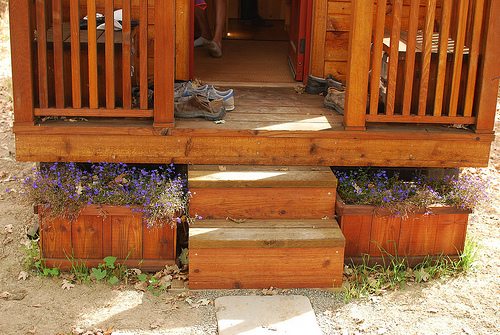 To those people paying only casual attention, the Occupy movement has become nothing more than a footnote in history. Their ragtag encampments have been removed for the most part, and there is little to indicate they made much of an impact. In Madison, Wisconsin, however, the Occupy movement has suddenly resurfaced, but with a totally new mission: addressing the basic needs of people who are homeless.

As issues around collective bargaining rights for public employees and other significant alterations to the social contract were initiated by Governor Walker and the Republican-dominated legislature, Madison became famous for very loud and angry protests. People camped out on the Capitol grounds to the point where legislation has been passed limiting the number of people who can enter the building, and requiring a permit for any kind of gathering.

Those protests merged into the Occupy movement in Madison, although with a few unique aspects. Unlike most locations, the Madison movement had to pack up every night and move to a new place because of local ordinances. As the winter of 2011 came, it became harder and harder to hold the group together, and, it turns out, a large number of the people camping out were homeless. The homeless in Madison had realized that these camps were a place where they could get food, shelter, and a safe place for their belongings.

Now, Occupy Madison has raised funds and is working with people who are homeless to build tiny shelters in the form of 98-square-foot houses, with an eye toward creating a village of these homes with shared facilities. As word has spread about the project, donations have been flooding in. An artist from North Carolina has donated artwork to be hung in the first five that are completed. Businesses have donated a solar power system, window shades, and more.

As of now, the buildings have to be put on wheels and moved every 48 hours because of the aforementioned ordinance. The Madison Planning Commission recently recommended that the Common Council change the city zoning code to allow the buildings to be placed on the property of churches and any other organization whose mission includes helping people who are homeless. There is some debate, however, about whether this is simply a stopgap measure to deal with the homeless in lieu of creating a comprehensive policy that would address the issue.

The idea of a village of small shelters is not new. Portland, Oregon, has Dignity Village, which was established in 2001. The goal there is to create one-stop help for people seeking to make the transition back into mainstream society, offering shelter, personal hygiene, phones, an address, etc. As Occupy Madison seeks to establish a similar village in the Midwest, will this emerge as an effective way to help, or will the villages become the equivalent of the shantytowns of lean-tos, shacks, and untold poverty seen on the outskirts of many large cities around the world?—Rob Meiksins

Does Philanthropy Work Against Collective Action by the Poor?