The Pentagon’s Retrograde View of Nonprofits and Civil Society 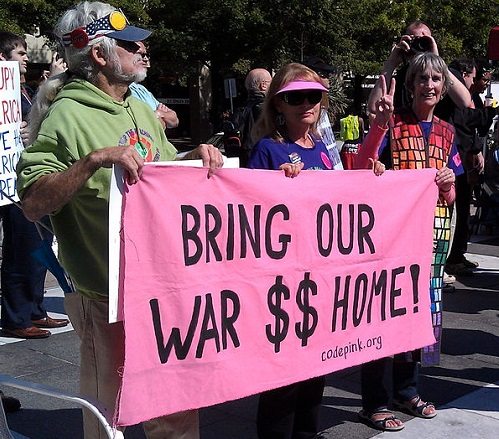 It’s hard to believe, but long ago, back in 1972, this NPQ newswire writer co-authored an investigative piece in Society titled “Domestic Pacification.” The subject matter looks Vietnam-era quaint four decades later: a story about an underpublicized program of the U.S. Department of Defense to operate summer camps for inner-city kids with an aim of “enhancing [DoD’s] ability to provide total national security.” This “Domestic Action Program” of the Defense Department would “make a real contribution to the nation’s security,” according to former Deputy Secretary of Defense David Packard, through the camps which give “disadvantaged youth a chance to learn and work.” The first six-month report from the Pentagon on the program was explicit about the program’s potential contributions to the Defense Department’s ability to help overcome “serious domestic problems.”

The Vietnam War era was replete with programs revealed to be geared toward controlling domestic unrest, particularly after the inner-city riots of the late 1960s. Discovering that the Pentagon was playing a role in busing kids out of inner cities during the summer months to offer educational programs in patriotism and “the Communist Conspiracy” fit the ethos of the time.

Is it totally surprising to discover now that the Pentagon, according to Nafeez Ahmed writing for The Guardian, is funding U.S. universities to understand and model “the dynamics, risks, and tipping points or large-scale civil unrest across the world?” Created in 2008 in the midst of the global banking crisis, the Pentagon’s Minerva Research Initiative supports a number of research efforts with clear domestic unrest emphases. For example, one grant to a Cornell University team is to develop an empirical model “of the dynamics of social movement mobilization and contagions,” examining the tipping points for “social contagions” in examples such as the 2011 Egyptian revolution, the 2011 Russian Duma elections, and the 2012 Gazi Park protests in Turkey. The research will examine Twitter posts to determine how and when people become mobilized in a “social contagion.”

Ahmed reports a disturbing aspect of the Minerva Initiative that should concern nonprofits. He points out, for example, one project based at the U.S. Naval Postgraduate School, titled “Who Does Not Become a Terrorist, and Why?” The project, he says, “conflates peaceful activists with ‘supporters of political violence’ who are different from terrorists only in that they do not embark on ‘armed militancy’ themselves.” The Pentagon explains that the project “is not about terrorists, but about supporters of political violence.” The research includes interviews with activists in “NGOs who, though sympathetic to radical causes, have chosen a path of non-violence.”

Ahmed takes exception to the study’s equation of NGOs with supporters of political violence, but he was unable to get an explanation or justification from the principal investigator for the project, Professor Maria Rasmussen. He directed questions to the Minerva staff at the Pentagon asking whether the program staff sees protest movements and social activism as a threat to U.S. national security. The press statement he received from the Pentagon’s press office didn’t respond to the issue of the Defense Department’s perception that nonprofit social protest on social and economic issues might be a cause of domestic instability.

Although some of these Minerva research efforts focus on examples outside the U.S., the domestic implications are obvious. Ahmed cites one in particular, a 2013 three-year grant to the University of Maryland in collaboration with the U.S. Department of Energy’s Pacific Northwest National Laboratory to “gauge the risk of civil unrest due to climate change,” including “developing models to anticipate what could happen to societies under a range of potential climate change scenarios.”

Ahmed’s primary concern is the militarization of social science, tying Minerva to other Pentagon programs that have domestic pacification implications. One war-game, he cites, “involved environmental activists protesting pollution from a coal-fired plant near Missouri, some of whom were members of the well-known environmental NGO Sierra Club.” Participants were required to “identify those who were ‘problem-solvers’ and those who were ‘problem-causers.’”

The militarization of social science research is a legitimate concern, but the Pentagon image of the nonprofit sector and civil society in general is particularly distressing. In the Minerva research, as well as the Pentagon training programs, nonprofits or NGOs get a negative cast. Nonprofit attention to social and economic issues is characterized as destabilizing and peaceful protesters as potentially sympathetic and supportive of violence and terrorism. The Pentagon’s role in domestic pacification wasn’t positive back in the 1960s and 1970s. Unfortunately, Ahmed’s article in The Guardian suggests that the Pentagon still harbors antediluvian attitudes toward civil society and democracy.—Rick Cohen