The Pluses and Minuses of Grand Challenges 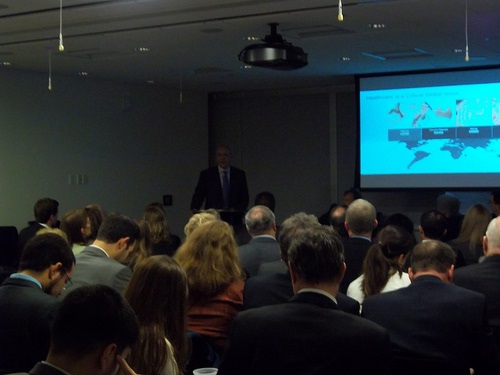 Ever heard of a “Grand Challenge”? It’s a relatively new concept being adopted by foundations and various partner public agencies seeking to do big, bold things to solve exceptionally difficult national and international problems.

The Global Grand Challenges webpage has the sponsoring signatures of the U.S. Agency for International Development (USAID), the Bill & Melinda Gates Foundation, and Grand Challenges Canada (the latter with the tagline, “Bold Ideas with Big Impact”). Describing Grand Challenges as a “family of initiatives [that] fosters innovation to solve key health and development problems,” the webpage indicates that there have been 1,689 Grand Challenges grants awarded so far. The newest phase of Grand Challenge grants includes five with due dates in May addressing techniques (and business models) for using less water (or generating more water) for food production, new techniques for measuring the use of digital financial services, using bacteriophage-mediated microbiome engineering to deal with problems of infant and newborn gut health, and strategies for enabling merchant acceptance of mobile money payments.

The White House’s Office of Science and Technology Policy has its own Grand Challenges page, defining grand challenges as “ambitious but achievable goals that harness science, technology, and innovation to solve important national or global problems and that have the potential to capture the public’s imagination.” The White House Grand Challenges are part of President Obama’s “Strategy for American Innovation,” an “all hands on deck” approach in White House parlance, citing as approved models the Gates Foundation’s response to Grand Challenges in health, Duke University and Olin in a Grand Challenge Scholars program on organizing research and education in engineering, IBM working on artificial intelligence, the Department of Energy’s SunShot Grand Challenge to make solar energy cost competitive, the EV Everywhere Challenge to make electric cars as affordable as gas-powered cars within 10 years, and NASA’s Asteroid Grand Challenge to catalogue all asteroid threats to humans.

Devex’s Molly Anders takes stock of the state of Grand Challenges in the realm of international development and asks where the trajectory of Grand Challenges is leading. Having talked to various experts on the grand challenge model, she concludes that most experts say that it takes 15 years for the innovation of a grand challenge to reach scale. That means some of the grand challenges in international development are already a decade old, and “the clock is ticking.” Is there success to point to? The experts that Anders talked to basically suggest that the Grand Challenge results to date are promising, but the jury is still out.

Anders raises a number of questions about the Grand Challenges, and her analysis suggests a few more:

Our concern: Does the increasing focus of foundations and government agencies on the search for technological innovations lead the public (i.e., the “public’s imagination,” as cited by the White House) to think that social policy solutions are simply undiscovered new discoveries waiting for their discoverers to stumble across them? If only social progress were as easy as finding that shiny penny answer.—Rick Cohen