The Problem with Downing Street’s Grantmaking 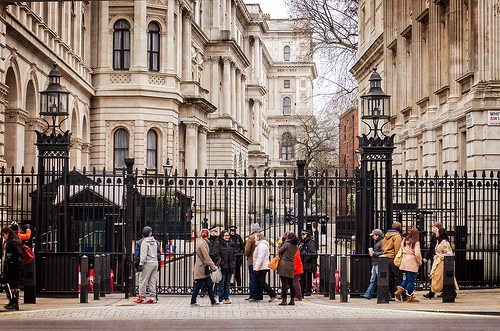 “It’s hard to believe that government’s decision to renew funding” to the already struggling charity, Big Society Network, “was in the best interests of the taxpayer.”

Thus spoke Margaret Hodge, the chair of the UK Government’s Committee of Public Accounts. She was responding to the release of the final report from an investigation by the government’s National Audit Office of two grants awarded by the Big Lottery Fund and one awarded by the Cabinet Office.

NPQ covered the sorry story of apparent Downing Street cronyism behind the approximately £2.5 million ($4 million) of funding poured into the now-lifeless Big Society Network. A more recent story has similarities: The now-defunct BeatBullying charity was awarded £1.3 million ($2 million) by Cabinet Office in the period leading up to its spectacular and harmful collapse.

The opposition MP, Lisa Nandy, perhaps says it best in the Daily Mail:

“The ‘big society’ has lost its last shred of credibility. The thousands of charities who have had their funding cut will be dismayed to read today’s report, and learn an organisation with strong ties to the Prime Minister was allowed to waste millions of pounds of public money on pet projects.

“The Conservative donors and supporters that ran the Big Society Network were hand in glove with ministers and advisers, who didn’t seem to care the organisation they were writing cheques to hadn’t even filed its accounts.”

She added, “David Cameron used to talk a lot about the ‘big society.’ His silence on this is deafening. He owes us all an explanation.”

Perhaps the moral in the story is that grantmaking to nonprofits should be left to experts, not politicians and their close advisers.—John Godfrey